Hollywood veteran Joan Collins has reportedly scoffed at the Duchess of Sussex's reported hopes of playing a cinematic superhero.

The 86-year-old former soap star did not seem to be convinced of Meghan Markle's chances of landing a blockbuster film role when quizzed by paparazzi following dinner in Los Angeles.

Video footage seems to show the Dynasty actress leaving a restaurant with husband Percy Gibson and asked for her thoughts on reports the royal wants to return to acting.

The Alexis Carrington star laughed in response before saying: "You've got to be joking!" 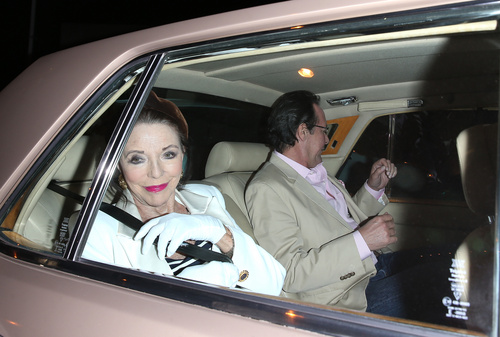 Read more: Prince William 'jokes about passing on coronavirus and suggests some people are panicking'

ED! has approached a representative for Dame Joan for comment.

Commenters on social media had a mixed response to the soap opera legend’s aside.

He has said she wants her return to acting to be part of an ensemble cast in something like a superhero film.

And a second claimed: "Hollywood thinks Meghan is a joke."

One person on YouTube wrote: "Meghan laughing stock of Hollywood." Read more: Royal expert advises Meghan and Harry bring Archie to see Prince Philip as 'he's not going to be here much longer'

"Way to go @Joancollinsdbe!!!," another user said on Twitter.

But not everyone was as enthusiastic about the remarks.

"Shut the hell up," one person tweeted in response to an article covering the moment.

And another Twitter user added: "Who is Joan Collins?" 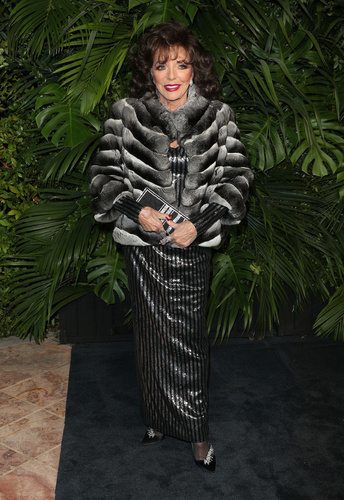 Earlier this week, the Mail on Sunday reported Meghan is keen to land a role in a Hollywood movie.

A source was quoted as telling the tabloid that Meghan's agent Nick Collins has been busy trying to secure her an offer.

The anonymous insider is reported to have said: "He has said she wants her return to acting to be part of an ensemble cast in something like a superhero film.

"He's actively seeking such a movie for her. He's saying she is available and open to the best offers.

"Meghan is planning a series of meetings in Hollywood. She has already done the voiceover for Disney and now word is out that she's looking for a superhero film, as a voiceover or even on screen.

"She knows she can't carry a film as an actress. People won't be able to get past the fact she's Meghan Markle. But she's determined to act again and she thinks a big, ensemble film is the way to go… something that pays big but which doesn't put her front and centre."