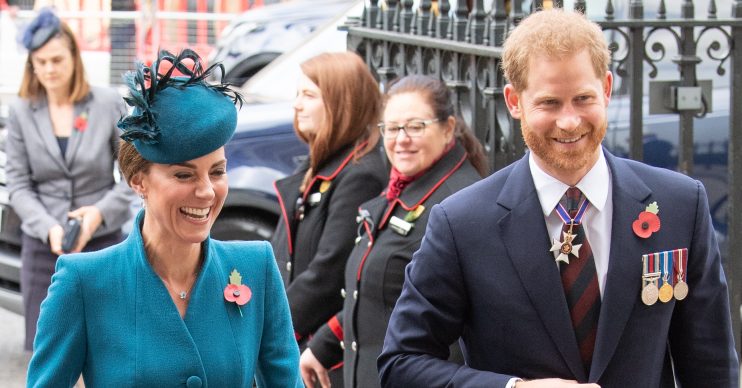 There’s been a fair bit of name-dropping in the I’m A Celebrity jungle already this year, but they don’t come much bigger than the nugget Roman Kemp let slip on Wednesday night’s Extra Camp.

Roman revealed that he received “a letter from Prince Harry” inviting him to DJ at a garden party at Buckingham Palace.

With James Haskell and Ian Wright listening intently, Roman said: “I was playing a track and someone came over and said: ‘Roman, come here.’ It was Prince Harry.”

He added: “Princess Kate is there, there’s a slingshot in the middle and they’ve got a bucket filled with water balloons and they’re just pinging off these water balloons.”

“Into the crowd over a balcony!” Roman exclaimed.

“So Harry goes: ‘Come here, come here.’ He gave me one of these things, I look up and what’s happening is I’ve got Harry here holding it, Kate here holding it, and I’m going what is going on? What is my life?” Roman laughed.

Read more: DJ Greg James reveals he got a telling off from Will and Kate after poking fun at Princess Charlotte

Revealing he chickened out of throwing the water balloon at Prince William, Roman told his campmates: “I was like: ‘I’m not doing it, I’ll get done for treason.'”

In perhaps the most surprising revelation of the chat, Roman concluded: “So Kate goes: ‘Oh, I’ll do it!'”

Harry and Kate have long had a playful relationship, with the pair often seen laughing and joking together at royal engagements.

Fingers crossed the duchess’s work behind the scenes to heal the rift between Harry and Meghan and herself and William will see the Fab Four getting back to that.