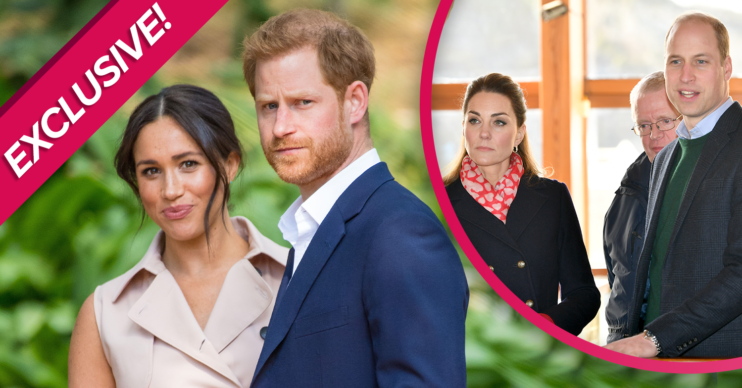 Harry and William will ‘avoid spending time together’ and Kate and Meghan won’t be friends again, royal expert says

Prince Harry and Meghan Markle will struggle to repair their relationship with the Duke and Duchess of Cambridge, a royal expert has revealed.

Speaking exclusively to Entertainment Daily, Majesty magazine’s editor in chief Ingrid Seward revealed how Kate would be feeling after Meghan‘s comments about her in the Oprah interview.

She also claimed that the “space” Harry spoke about between himself and brother William will be quite the obstacle to overcome.

Harry and Meghan: Their relationship with the Cambridges

Harry revealed that his father Prince Charles stopped taking his calls after he announced he was leaving the royal family.

The same can’t be said for his brother Prince William, though.

And, Ingrid claimed, it’ll be a tough one to fix.

“Harry’s just not the Harry that William knew,” she told ED!.

I think they will avoid any situation where they have to spend more than a short amount of time together.

“If Harry spends the rest of his life in America they’re not really going to see each other.”

She added: “Obviously when they do they’ll have to be civil and nod – they won’t drag it up.

“There will be a moment in time when they can discuss it but it won’t be now or when Harry comes over for their mother’s 60th birthday this summer.”

Will the princes reunite for Diana’s 60th birthday this summer?

Asked what she things will happen, Ingrid revealed “Harry will definitely come” and it’ll be “very civil”.

She added: “It’s just good manners, you’re not going to start saying: ‘How dare you say those things about me.’ It’ll all be very civilised.”

However, she doesn’t think the brothers will spend any time together out of the public eye during Harry’s visit.

“I think they will avoid any situation where they have to spend more than a short amount of time together,” she said.

So will they ever mend their relationship?

“I think they probably will eventually,” Ingrid commented.

“They don’t have to mend it, but I think they will,” Ingrid added.

After the revelations about Kate in the interview, Ingrid said it’s good she has the “support of her husband” at this time.

“She has been around for a while now and she knows that just being angry and hurt is not going to be helpful. You just have to deal with it,” she said.

So will they ever be friends again?

“I don’t really think they will because I don’t think there will be the opportunity,” Ingrid said.

“And they don’t really have anything in common,” she added.