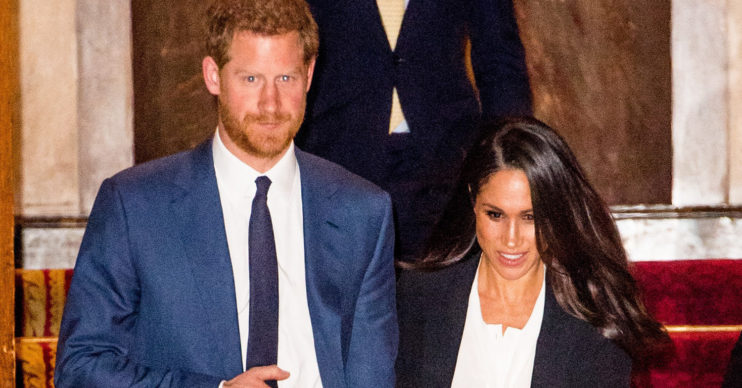 The couple stepped back from royal life in March

Prince Harry and Meghan Markle have reportedly signed on with a high-profile agency in America and will offer their services as guest speakers.

According to HELLO!, the agency represent former President Barack Obama and Hillary and Bill Clinton.

Meghan and Harry have reportedly chosen Harry Walker Agency to represent them as they work to become “financially independent”.

What will Meghan and Harry do?

Reports suggest the couple will be doing speeches with trade associations, corporations and community forums in the future.

They will reportedly continue to keep their focus on social issues such as racial injustice, mental health, environmental concerns and gender equality.

The couple stepped back from their royal duties in March after announcing their decision to do so at the beginning of the year.

They confirmed they would be working to become “financially independent” and will divide their time between the UK and United States.

Meghan and Harry have been residing in Los Angeles with their son Archie, one, amid the coronavirus pandemic.

According to recent reports, the pair have given a huge clue that they have quit the royal family for good.

Meanwhile, in August, a biography of the couple is set to be released.

It has been titled Finding Freedom: Harry, Meghan, and the Making of a Modern Royal Family.

However, royal aides are reportedly worried the book will share intimate details on Harry’s alleged rift with brother William.

A source told The Sun: “They are worried William especially will be portrayed in a bad light.

It would appear to demonstrate that they have no intention of coming back.

“This sort of family spat shouldn’t be out there in public. This shouldn’t happen to future monarchs.

“The book could be the most damaging thing to the Royal Family since Prince Diana’s interview on Panorama with Martin Bashir.”