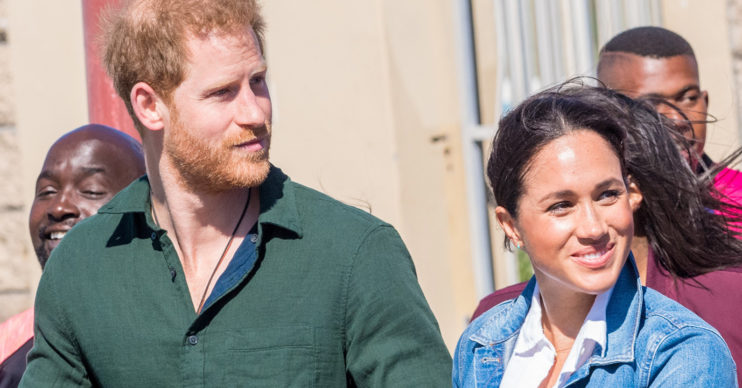 The book is being released this summer

A new biography about Meghan Markle and Prince Harry has been given the title Finding Freedom.

Finding Freedom: Harry, Meghan, and the Making of a Modern Royal Family is now available to pre-order.

What is the biography about?

The description on Amazon says the book will offer an “honest, up-close, and disarming portrait” of Harry and Meghan.

It describes the couple as “confident, influential and forward-thinking”.

It adds that “few know the true story of Harry and Meghan” and this biography will delve into that.

It will “dispell the many rumours and misconceptions that plague the couple on both sides of the pond”.

In addition, the description reads: “Finding Freedom is a disarming portrait of a couple who are unafraid to break with tradition…

“…determined to create a new path away from the spotlight.

“And dedicated to building a humanitarian legacy that will make a profound difference in the world.”

Meanwhile, the cover features a photo of Harry and Meghan as they visited their namesake county Sussex in October 2018.

When will the book be released?

The 320-page book will be available to buy worldwide on Amazon on August 11.

Read more: Harry and Meghan will release new photo of Archie to mark his first birthday

According to Mail on Sunday, the couple co-operated with royal journalists Omid Scobie and Catherine Durand on the book.

However, there are fears the biography will revisit the couple’s strained relationship with the royal family and decision to quit royal life “in uncomfortable detail”.

Finding Freedom is a disarming portrait of a couple who are unafraid to break with tradition.

In January, Meghan and Harry announced their decision to step back from their senior royal roles.

Meanwhile, they said they wanted to become “financially independent” and divide their time between the UK and North America.

The couple officially stepped down from their roles on March 31 and have been living in Los Angeles since with their son Archie.