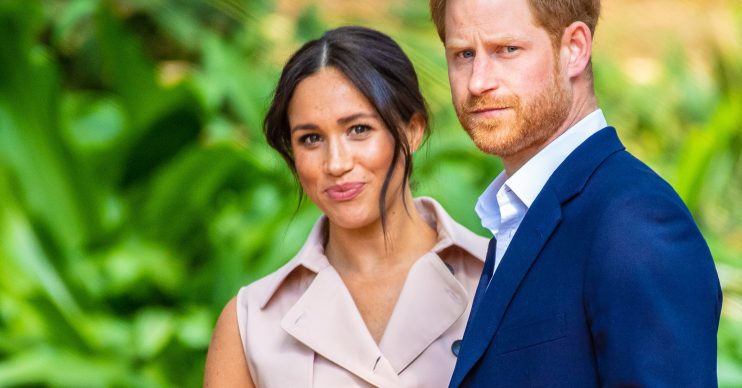 It's down to Government rules...

Prince Harry and Meghan, Duchess of Sussex, will have to stop using their Sussex Royal brand once they step back from royal life in March.

The couple announced last month they would be stepping down as senior members of the royal family and will be moving to Canada, and earlier this week it was confirmed that the changes to their positions will be made official on March 31.

And now, it has also been confirmed their Sussex Royal brand – which they use on their Instagram and for their charitable foundation – will have to be changed, because of the “specific UK government rules surrounding the use of the world Royal”.

The couple’s spokesperson said in a statement: “Given the specific UK government rules surrounding use of the word Royal, it has been therefore agreed that their non-profit organisation, when it is announced this Spring, will not be named Sussex Royal Foundation.

Their non-profit organisation, when it is announced this Spring, will not be named Sussex Royal Foundation.

Earlier this week it was announced Harry, 35, and Meghan, 38, will close their Buckingham Palace office when they official step back at the end of next month, but they will continue to be represented through their UK foundation team from April 1 onwards.

The couple – who have nine-month-old son Archie together – will continue working with their existing patronages and are working to build a new non-profit organisation.

New guidance states the pair will retain their HRH titles, but will not actively use them, and Harry will keep his military ranks of Major, Lieutenant Commander, and Squadron Leader but will not use them during the 12 month trial period.

The couple announced their decision to step down from the royal family in an Instagram post last month.

It read: “After many months of reflection and internal discussions, we have chosen to make a transition this year in starting to carve out a progressive new role within this institution.

Read more: Piers Morgan predicts Prince Harry will be back on the market in two years

“It is with your encouragement, particularly over the last few years, that we feel prepared to make this adjustment.

“This geographic balance will enable us to raise our son with an appreciation for the royal tradition into which he was born, while also providing our family with the space to focus on the next chapter, including the launch of our new charitable entity.

“We look forward to sharing the full details of this exciting next step in due course, as we continue to collaborate with Her Majesty The Queen, The Prince of Wales, The Duke of Cambridge and all relevant parties. Until then, please accept our deepest thanks for your continued support.”