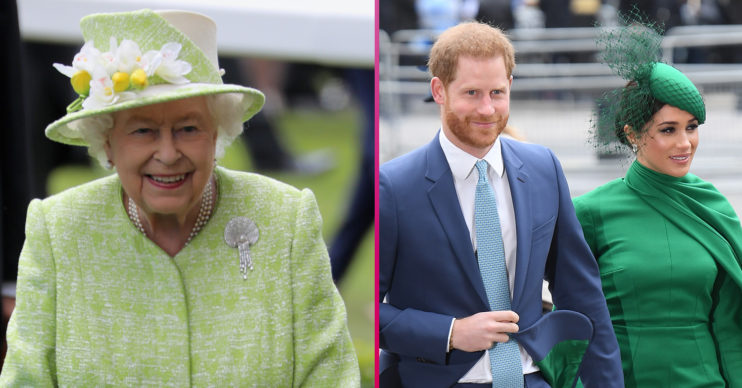 Harry and Meghan news: Queen ‘will stand by couple’ after Oprah fallout

The interview aired earlier this month

In latest Prince Harry and Meghan Markle news, the Queen is reportedly “sad not angry” following their Oprah interview.

The Duke and Duchess of Sussex made several bombshell revelations and claims during the tell-all chat with Oprah Winfrey earlier this month.

After the interview, the Queen issued a statement to confirm a private family investigation into the claims.

One allegation made by the couple claimed there were ‘concerns’ within the family about how dark their son Archie’s skin would be.

Since then, Harry has reportedly had “unproductive” talks with dad Prince Charles and brother Prince William.

Meanwhile, Her Majesty will reportedly stand by the couple as she feels “very protective” over her grandson.

A source told The Sun: “She is not angry, she is just sad. They have always worried about him [Harry] and the Queen feels very protective about him.

“They always tried to support him when Meghan came along.”

The insider added: “They all worried less about him when Meghan was on the scene as he seemed so happy.”

Earlier this month, Meghan and Harry’s race allegation shocked viewers who tuned in.

Oprah later confirmed Harry had told her it wasn’t the Queen nor Prince Philip who allegedly made the comment.

What did Harry and Meghan say in the interview?

Elsewhere in the interview, Meghan revealed she felt suicidal during her pregnancy with Archie.

However, she claimed she asked someone at the Palace for help and she was told it “wouldn’t be good for The Institution”.

Harry also opened up in the interview, claiming he was “cut off” financially by the Royal Family after he and Meghan stepped back from royal life.

In addition, Harry said he felt “let down” by his father, who he said stopped taking his calls after he and Meghan left the UK.

It read: “The issues raised, particularly that of race, are concerning.”

Read more: Harry and Meghan interview: Queen ‘to reach out to couple for peace talks’