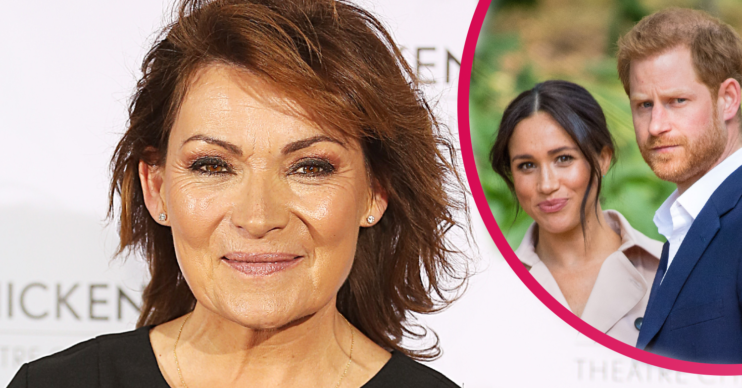 Harry and Meghan: Lorraine Kelly tells couple to ‘get a grip’ after latest controversy

Said she's baffled by their behaviour

Lorraine Kelly has told Prince Harry and Meghan Markle to “get a grip” after another week of royal controversy.

It’s thought the couple – via Gayle King – released details of a personal phone call between Harry and brother Prince William.

And now the breakfast TV legend, 60, says she was “baffled” by the couple’s behaviour.

What Lorraine say about Harry and Meghan?

Writing in her column in The Sun, Lorraine said: “I am honestly baffled by Harry and Meghan. It reeks of point-scoring, and I think they are better than that.”

They all need to get a grip and keep things in the family while they still have a royal dynasty to hang on to.

She went on to ask why they would disclose details of a private phone call.

“If Harry and Meghan genuinely still want to be part of his family and have some sort of relationship with them, this just doesn’t add up.

“They all need to get a grip and keep things in the family while they still have a royal dynasty to hang on to.”

Lorraine went on to say that the couple was aware that any more controversy would hurt the Queen.

And, with Prince Philip still recuperating from his heart operation, she could not understand why they went public with the new claims.

She warned them that if they want to have any kind of relationship with the Royal Family going forward, they had better shape up.

So what did Gayle King say about the royals?

After Gayle made the claims on CBS This Morning, the palace was said to be stunned.

During the segment, King said that talks between the two brothers were “unproductive”.

Sources told the Daily Mirror: “This type of behaviour could have huge implications for trust between the camps moving forward.”

“None of the households – the Queen, Prince of Wales and Duchess of Cornwall, and the Duke and Duchess of Cambridge – will be giving a running commentary on private conversations.”