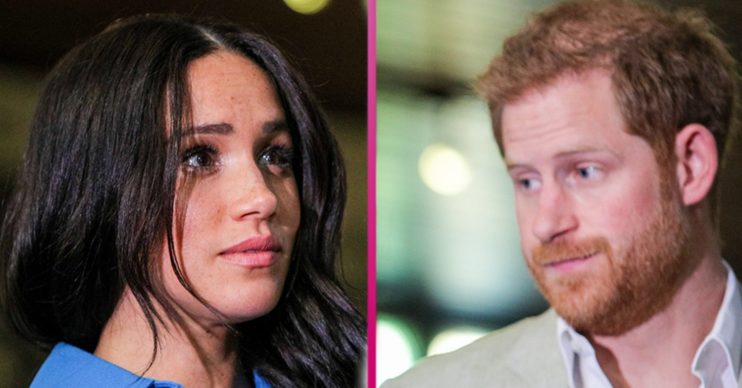 Meghan Markle and Prince Harry could be back in the UK together for New Year’s.

Meghan is expected to appear in court in London early next year.

The former actress, 39, is suing Associated Newspapers Ltd over published letters between herself and her estranged father, Thomas Markle, 76.

The court case is set to officially begin on January 11.

If Meghan is to attend, she must self-isolate two weeks prior in the UK.

Is Meghan Markle coming back to the UK?

This news comes just days after it was widely reported that Prince Harry could return to the UK any day.

The Duke of Sussex, 36, will need to return to the UK for some time to avoid a huge tax bill in the US.

As a US visitor, he can only remain in the US up to six months at a time without having to pay various US taxes.

A source revealed to The Sun that staff at Frogmore Cottage have been instructed to prepare the home for his return.

The source said: “Staff at Windsor have been told to prepare for the possibility Harry could come back.”

Will Prince Harry meet with The Queen?

Additionally, the same source alleges that Harry will likely endure a stiff talking to from The Queen.

Her Majesty, 94, is reportedly upset that Harry has spoken out about US politics.

In a video for Time magazine’s 100 most influential people, both Harry and Meghan urged US citizens to vote.

However, this is strictly against royal protocol. British royals are supposed to remain neutral when it comes to both national and international politics.

The source continued: “There are all sorts of issues to speak about — not only his political statements but also his visa situation in the US.

What did Meghan and Harry say on their podcast interview?

“Even though he would have to isolate for two weeks, the estate is large enough for talks in a socially distanced way.”

Of course, Harry and Meghan now live in a mansion in Montecito, California.

The pair plopped down at least £11 million for the sprawling property, which boasts 16 bathrooms.

In fact, they just held their first joint podcast interview at their new home.

Harry said he meditated, and Meghan said she journals to combat anxiety.

She also said she was the most trolled person of last year.

Speaking to the teens, Meghan said: “I’m told that in 2019 I was the most trolled person in the entire world – male or female.

“Now eight months of that, I wasn’t even visible. I was on maternity leave or with a baby. But what was able to just be manufactured and churned out. It’s almost unsurvivable.”