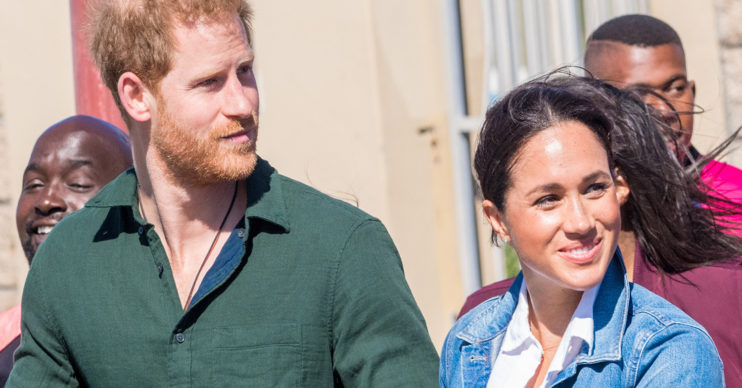 The couple were planning to launch the charity this year

Prince Harry and Meghan Markle have reportedly had their Archewell trademark application rejected.

Earlier this year, the couple announced their new charity is called Archewell and said the idea for the name inspired the moniker they gave their son, Archie.

However, according to documents seen by The Sun, Meghan and Harry had their application turned down because they did not sign the document.

They also didn’t pay all the fees required.

In addition, the paperwork was reportedly “too vague”.

The documents were submitted to the United States Patent and Trademark Office (USPTO) on March 3.

Meghan and Harry have reportedly been sent an “Irregularity Notice” by the patent examiner at the USPTO.

The examiner reviewed the couple’s application on May 26.

The examiner has since sent a number of changes which need to be made by their lawyer by August 22.

However, the application will become “abandoned” if the changes are not made.

What did the notice say?

The Sun reports that the notice reads: “The wording ‘providing a website featuring content relating to philanthropy, monetary giving, volunteer and career opportunities’ in International Class 35 is also indefinite and over-broad.

“It must be clarified to specify the nature of the content provided.

The couple received a Non-Final Action on June 2.

Meghan and Harry will also need to pay additional fees to have their paperwork processed.

Back in April, the couple confirmed plans for their charity after stepping back from royal life on March 31.

The couple told the Telegraph: “Before SussexRoyal, came the idea of ‘Arche’ – the Greek word meaning ‘source of action’.

“We connected to this concept for the charitable organisation we hoped to build one day, and it became the inspiration for our son’s name.

“Archewell is a name that combines an ancient word for strength and action, and another that evokes the deep resources we each must draw upon.

“We look forward to launching Archewell when the time is right.”