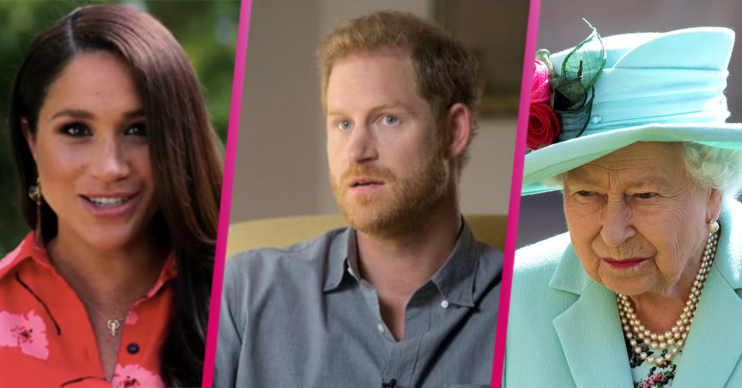 Prince Harry and Meghan Markle are willing to “destroy the Queen’s legacy” to get a response from the royal family, it has been claimed.

Experts have hit out at the Duke and Duchess of Sussex, claiming Harry and Meghan appear desperate to speak about their strained relationship with Prince Charles.

As a result, Harry has so far taken part in a podcast recording and had therapy on TV.

He and Meghan also spoke to Oprah Winfrey as part of a bombshell interview aired on ITV.

After the release of Harry’s The Me You Can’t See documentary series, one royal watcher has hit out at the pair.

I understand why Harry has to make a living. But does he have to make a living continuously whining on about his family and the woes he believes were inflicted upon him?

The tweet warned: “For now, Harry will continue to do whatever he can to get a response from his family. Even if it ultimately dilutes their brand and destroys the legacy of the Queen.”

Other experts tend to agree, with Robert Jobson also speaking out.

So what have other experts said about Harry and Meghan?

The couple have been widely slammed, and Jobson didn’t hold back.

Speaking about Harry’s bombshells, he told the Express: “I thought it was pathetic actually. He was hell-bent on blaming everyone else for his problems and mainly his father.

Read more: Prince Harry should ‘step back from being a lecturing celebrity’

Jobson added that he understands Harry has to make a living – but that this surely isn’t the way to go about it.

Harry to sit down with Oprah again

The comments come as it’s confirmed that Prince Harry will take part in another TV show with Oprah Winfrey.

The Me You Can’t See: A Path Forward drops on Apple TV+ later this week.

It’ll feature a look back at the series, which landed with fresh revelations last week.

And it seems as if the royal family may need to brace itself.

A rep said: “As the subjects offer further insight into their stories, experts share their guidance for continuing the global conversation.”