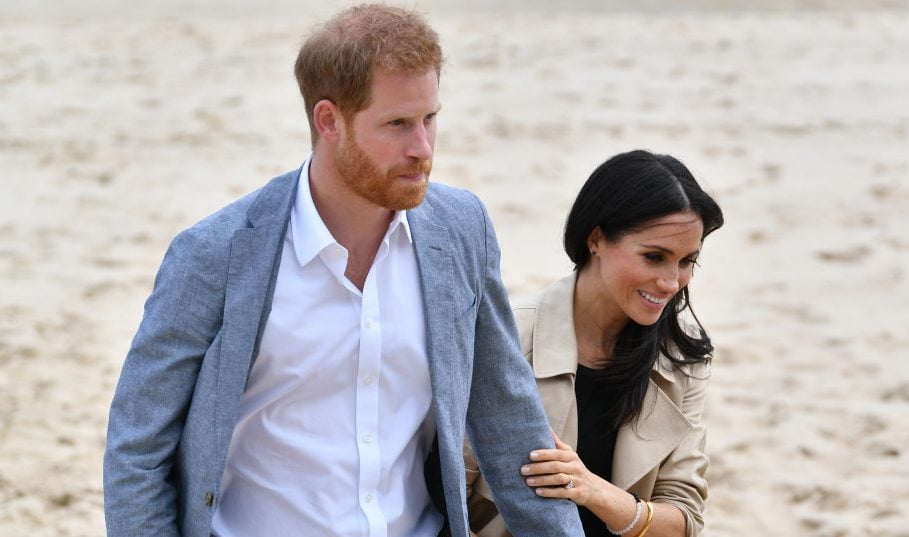 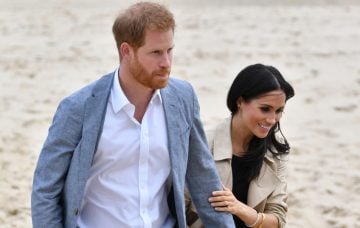 The royals have been advised against walking around the city

Meghan Markle and Prince Harry are set to enjoy a royal visit to Morocco, but a new report claims officers are already making “emergency exit plans” over security fears.

In fact, amidst riots and violence in the city of Rabat, the Duke and Duchess of Sussex have been “banned” from walking around after advice from a specialist projection team.

Sources tell The Mirror British security services have requested extra resources to protect the couple, who married last May and are expecting their first baby next month.

The royal insider told the publication: “The decision was taken to not include a walkabout in Morocco over fears for the Duke and Duchess’ safety. Both Meghan and Harry draw huge crowds wherever they go in the world and they have a real propensity to get in among the crowds, interacting with them, very closely.

“Due to the nature of the protests across the country this was strongly advised against which they both understood. Reports from the country suggest protests have been peaceful but police ­reaction has been heavy-handed which has thrown up obvious concerns that tensions could flare up if repeated during the royal visit.”

Schedules have Harry, 34, and Meghan, 37, spending Sunday visiting a project called Education For All in the town of Asni, which is nestled in the foothills of the Atlas Mountains.

They will then spend Monday in Rabat, where they are set to tour the Andalusian Gardens, visit an equestrian centre and watch a cookery demonstration. But the royal visit comes only days after demonstrations and riots in the city, over pay and healthcare for teachers.

The security source continued: “Those responsible with protecting the royals on foreign visits have sought strong assurances security will be bolstered during the couple’s trip.”

The insider added that “every ­precaution has been taken due to the changing shape of the environment”.

The new royal – and former Suits actress – has dealt with a multitude of security fears since marrying the English Prince, which has included everything from warnings over car doors to being rushed out of a Fijian market by guards after only six minutes during her first royal tour in October last year.