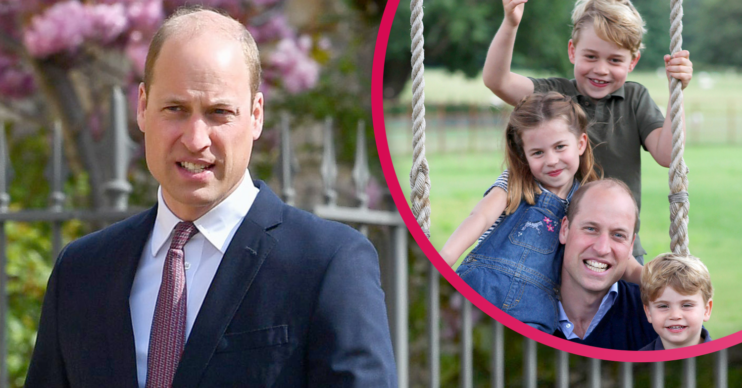 George, Charlotte and Louis are his world

Father’s Day will doubtless be a day of celebration for hands-on dad Prince William.

And now a body language expert has revealed what kind of dad the Duke of Cambridge is.

Fatherhood is king for Prince William this Father’s Day

Darren Stanton, speaking on behalf of Slingo, claimed that Wills puts fatherhood and his family above all else.

As well as being a “committed” father, the future king – who turns 40 next week – takes a much more hands-on role with the trio than his father Prince Charles did when William was a boy.

Darren said: “Prince William is definitely not averse to being seen in the media first and foremost as a father and husband rather than a future monarch.

Prince William is definitely not averse to being seen in the media first and foremost as a father and husband rather than a future monarch.

“From the interactions between him and Kate and their children, you can see that he wants to be a hands-on, 100% committed father.”

He added that William is “a lot more present than perhaps his own father Prince Charles was for him when he was younger”.

He continued: “We can tell that William is a committed father because of the way he conducts himself when in the public arena.”

Darren then explained an example of this behaviour.

Read more: Will and Kate spark mixed reaction as they visit Grenfell

He said: “For example, he will kneel down to a child’s level to make eye contact while on engagements.

“This is a classic way to build trust and connection.”

Insight into family life for the Cambridges

Of course, William often makes comments about his children while on royal engagements.

Earlier this week he lifted the lid on George and Charlotte’s love of football when he met England’s Lionesses.

The family were also seen together at several events at the Platinum Jubilee, much to the delight of royal fans.