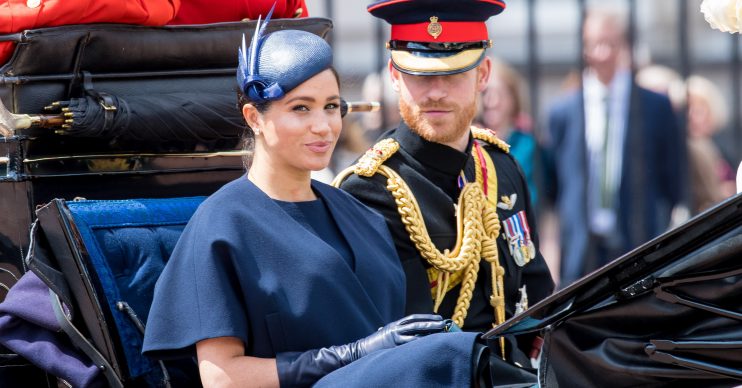 Meghan ‘should be more like Princess Diana to win over public’

The former right-hand man of Princess Diana has advised Meghan Markle to follow in the footsteps of her late mother-in-law to win over the public.

Writing for the Mail Online, Patrick Jephson – a former royal equerry and private secretary – has taken aim at “the apparent failure by royal advisors to organise a low-key visit by the wife of the sixth-in-line” to Wimbledon following criticism of Meghan’s trip to south-west London for the tennis earlier this week.

Claiming a string of PR blunders – including speculation about a feud between the Cambridges and the Sussexes, as well as the fallout surrounding baby Archie’s christening and the row about £2.4 million of public money being spent on renovations for Frogmore Cottage – has ‘tested the patience’ of taxpayers, Jephson suggested advisors take their cue from Diana’s approach to the sporting event.

He likened Diana’s appearances in SW19 to an extended photo opportunity, hinting that glamorous images helped build goodwill with editors.

Jephson claimed: “She knew it, accepted it and even turned it to her advantage: more than once a run of bad Press for her was miraculously reversed with a front page picture or a glossy magazine cover showing her at her most carefree and stylish in the Wimbledon sunshine.”

However, the former royal employee believes Meghan’s visit “in a private capacity” made for a bad look – urging the Sussexes advisors to “up their game”.

“Certainly, some saw it as a Hollywood-style arrival, complete with minders and the Duchess’s PA, and it was by any measure unthinkably un-Wimbledon, not to mention un-royal,” he wrote.

Furthermore, Jephson suggested the Duke and Duchess of Cambridge are leagues ahead in how they present themselves and the best example of how the royals may ensure their own survival in years to come.

By comparison, he said of the Sussexes: “Her name is certainly stamped on the innovative new brand of royalty that she and Harry are trailblazing, a brand that has promised much but as yet delivered only mixed results. Their attitudes to privacy, as illustrated by the Wimbledon and christening episodes, are either naïve or calculated.”

Nonetheless, while Jephson claimed the Sussexes fall down in their weakness for saying one thing and doing another, he also believes they can learn lessons from how Diana handled a long day of charity engagements during a trip to Africa.

Claiming Diana’s “last words to me that night still sound like the best advice any royal ear could be lucky enough to hear”, the ex assistant revealed she had interpreted his advice as ‘keeping quiet and getting on with the job’.

Last week, royal author and former I’m A Celebrity contestant Lady Colin Campbell suggested Diana and Meghan may not have got on.