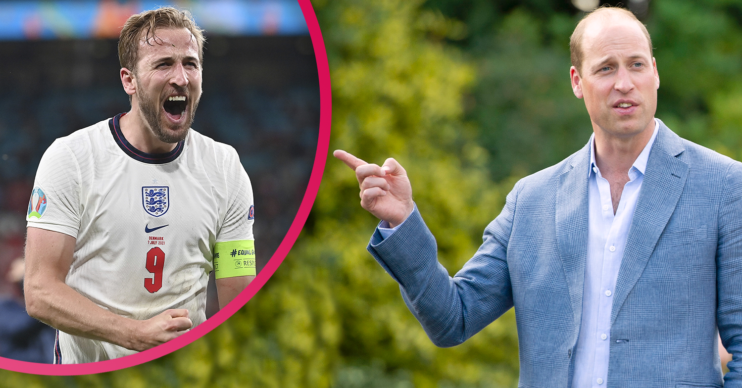 Euro 2020 final: Prince William piles on the pressure as he sends message to England team

With the Euro 2020 final looming, Prince William has piled on the pressure as he sent a message to Gareth Southgate‘s team ahead of tonight’s match.

William took to social media to share a video message this morning (July 11).

In a video message, the Duke of Cambridge said: “To Gareth, Harry and every member of the England team on and off the pitch, I just want to wish you the very best of luck for tonight.

“What a team performance it’s been. Every member of the squad has played their part. All the backroom team as well have been truly essential.”

Smiling, he added: “I can’t really believe it’s happening, it’s so exciting and I just wish you the very best of luck.”

William continued: “You bring out the very best of England and we are all behind you. The whole country is behind you.”

Piling on the pressure, he instructed: “So bring it home.”

Wishing Gareth and all the players good luck tonight!

Many appeared to echo Will’s sentients.

Posting the flag of St George, one said: “May God bless England and the Royal Family and give us the European Cup.”

A third said: “Fantastic words of support Prince William. The whole country is behind the team.”

The Queen sends message to the England team

William’s show of support came after the Queen sent a message to Gareth Southgate and the team.

She said: “55 years ago I was fortunate to present the World Cup to Bobby Moore and saw what it meant to the players, management and support staff to reach and win the final of a major international football tournament.

Read more: The Duke and Duchess of Cambridge enjoy date day at Wimbledon

“I want to send my congratulations and that of my family to you all on reaching the final of the European Championships, and send my good wishes for tomorrow with the hope that history will record not only your success but also the spirit, commitment and pride with which you have conducted yourselves.”

Head to our Facebook page @EntertainmentDailyFix and send your messages of support ahead of the Euro 2020 final.