The Duke and Duchess of Cambridge have arrived at Wimbledon to watch the men's singles final.

The couple were seen smiling and waving at spectators as they made their way to Centre Court on Sunday, ahead of the clash between Novak Djokovic and Kevin Anderson.

Kate, 36, is a patron of the All England Lawn Tennis Club. 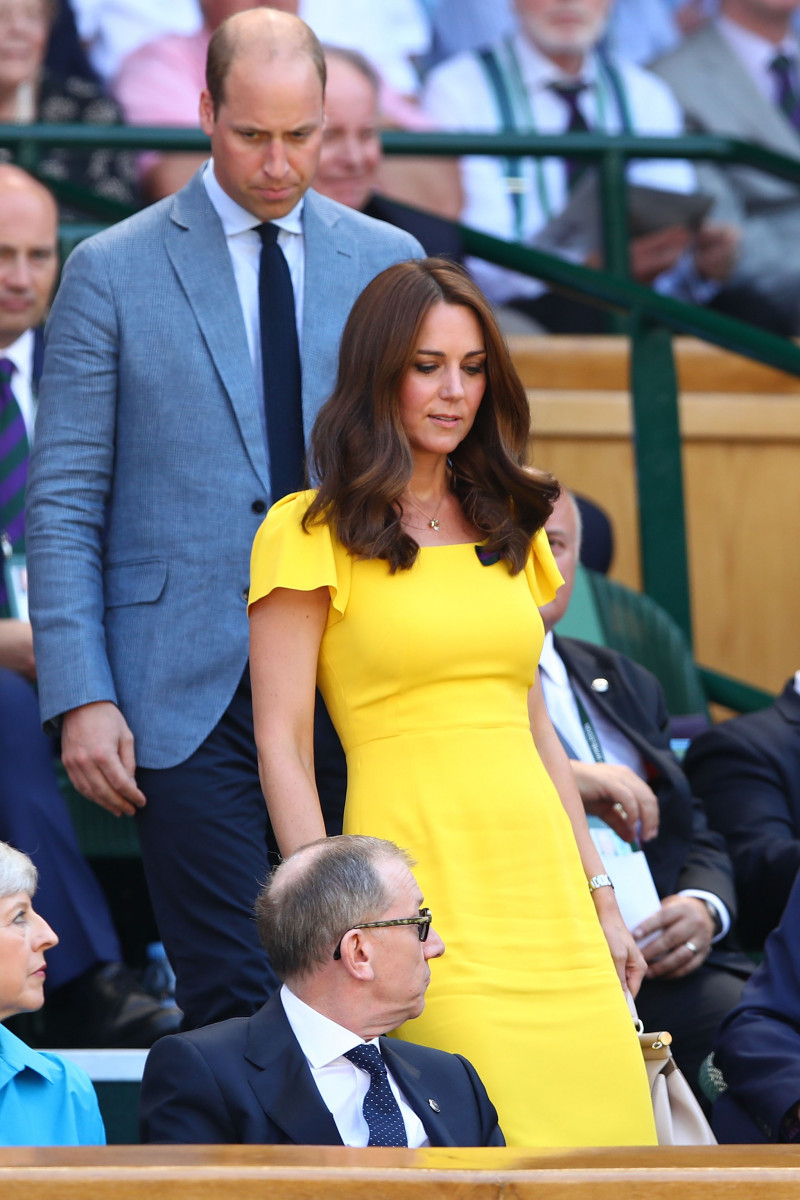 She and William, 36, have often been seen in the royal box at Wimbledon over the years, alongside other members of Kate's sporty, tennis-loving family.

Today, they sat next to Prime Minster Theresa May and her husband, Philip. 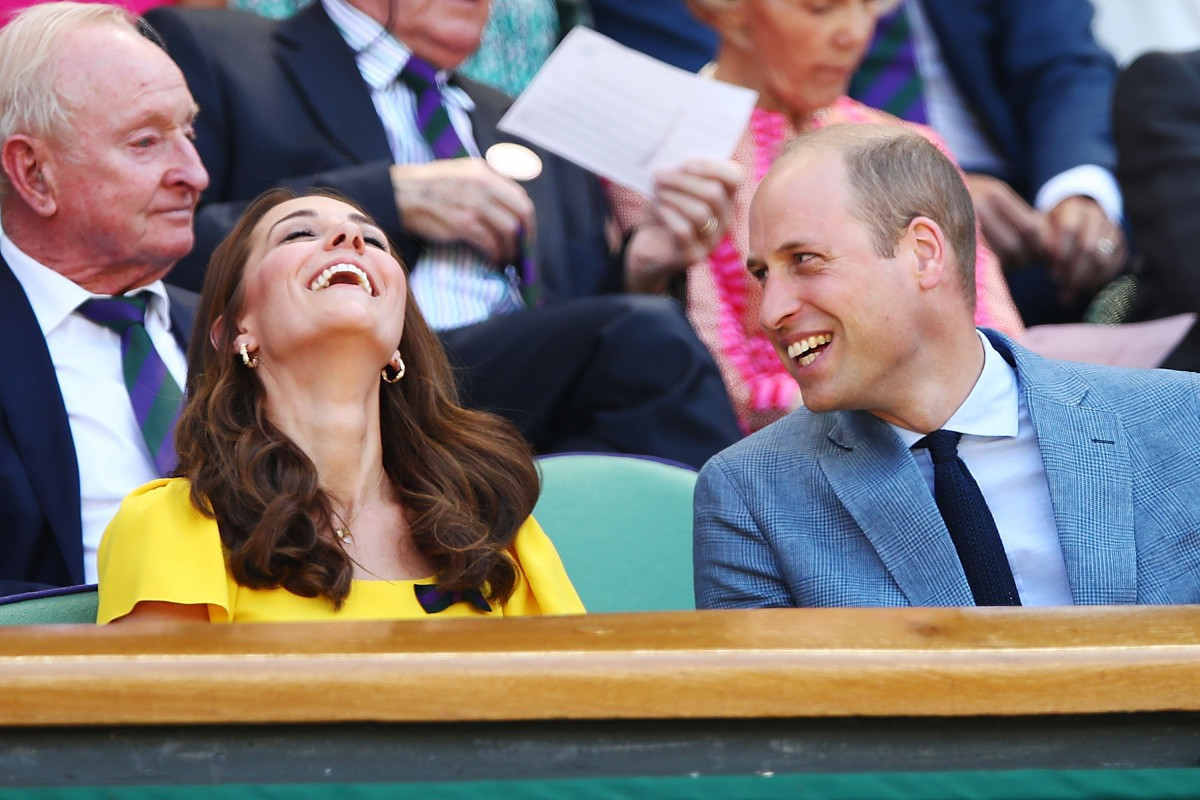 William had Kate in hysterics at one point! (Credit: Clive Brunskill/Getty Images)

It's the Duchess of Cambridge's second day at Wimbledon in a row, after she joined her sister in law Meghan, the Duchess of Sussex, in the royal box on Saturday.

Kate and Meghan, 36, had the best seats in the house to watch Meghan's close friend Serena Williams playing in the ladies' singles final against Angelique Kerber.

The atmosphere there is incredible, whether you're sitting on Henman Hill or be fortunate to be in and wandering around the ground courts is hugely special. 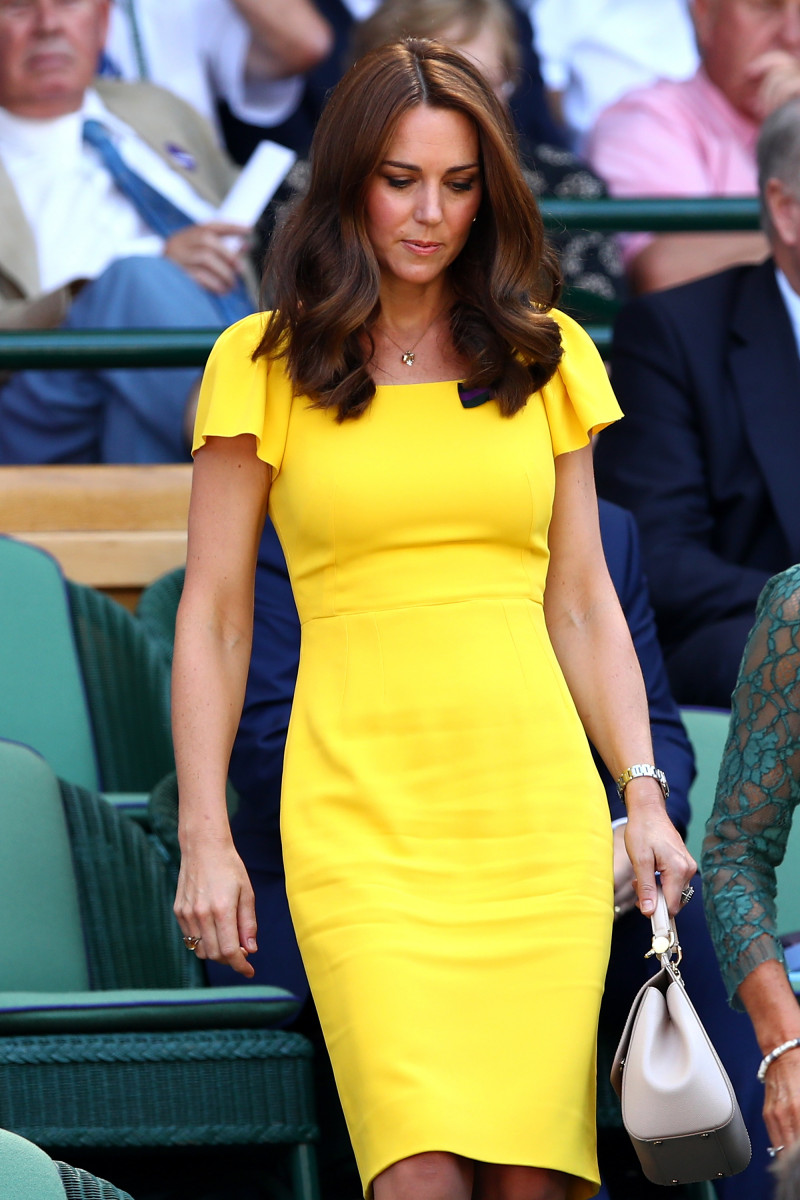 The duchesses also got the added bonus of watching the conclusion of Djokovic's semi-final with Rafa Nadal, which had been suspended at 11pm on Friday night. 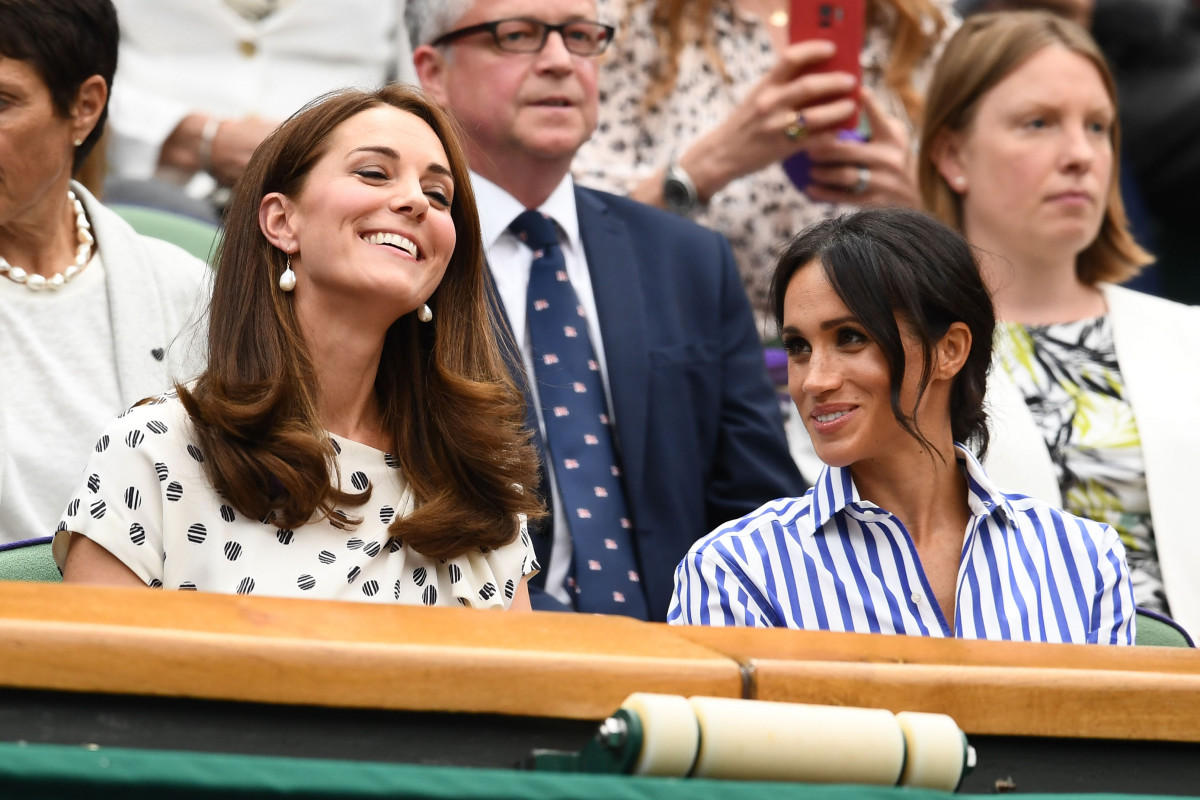 Kate has often spoken of her love for tennis and was even interview for a BBC documentary called Our Wimbledon last year.

She reflected on her first experience at attending Wimbledon, way back before she'd become a member of the royal family and patron of the club. 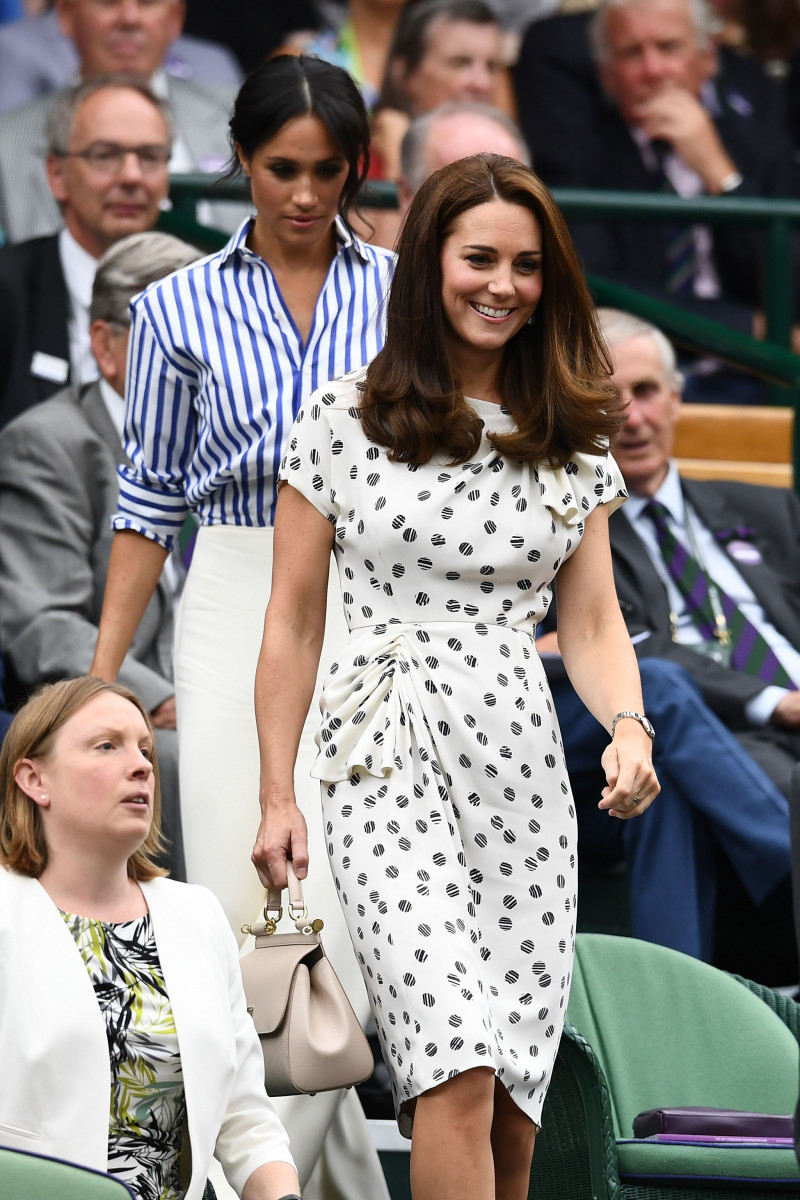 Kate has spoken previously of her love for Wimbledon (Credit: Clive Mason/Getty Images)

"My first chance of going was queuing up on a People's Sunday or People's Monday," she told Sue Barker, "and being able to go into Wimbledon and be part of that is amazing.

"The atmosphere there is incredible, whether you're sitting on Henman Hill or be fortunate to be in and wandering around the ground courts is hugely special. 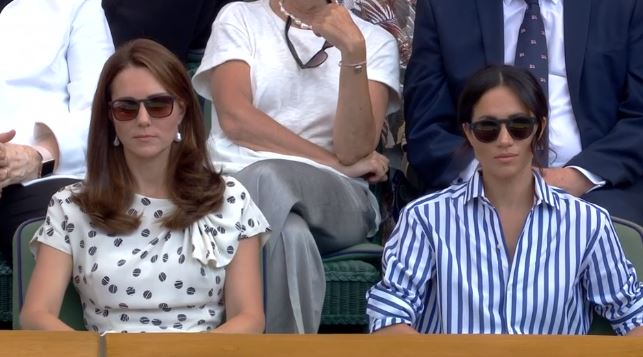 "I was very fortunate that I did get through - quite late in the day! But luckily play went on until late in the evening and I got to see some."

Kate is still on maternity leave following the birth of third son, Prince Louis, in April. 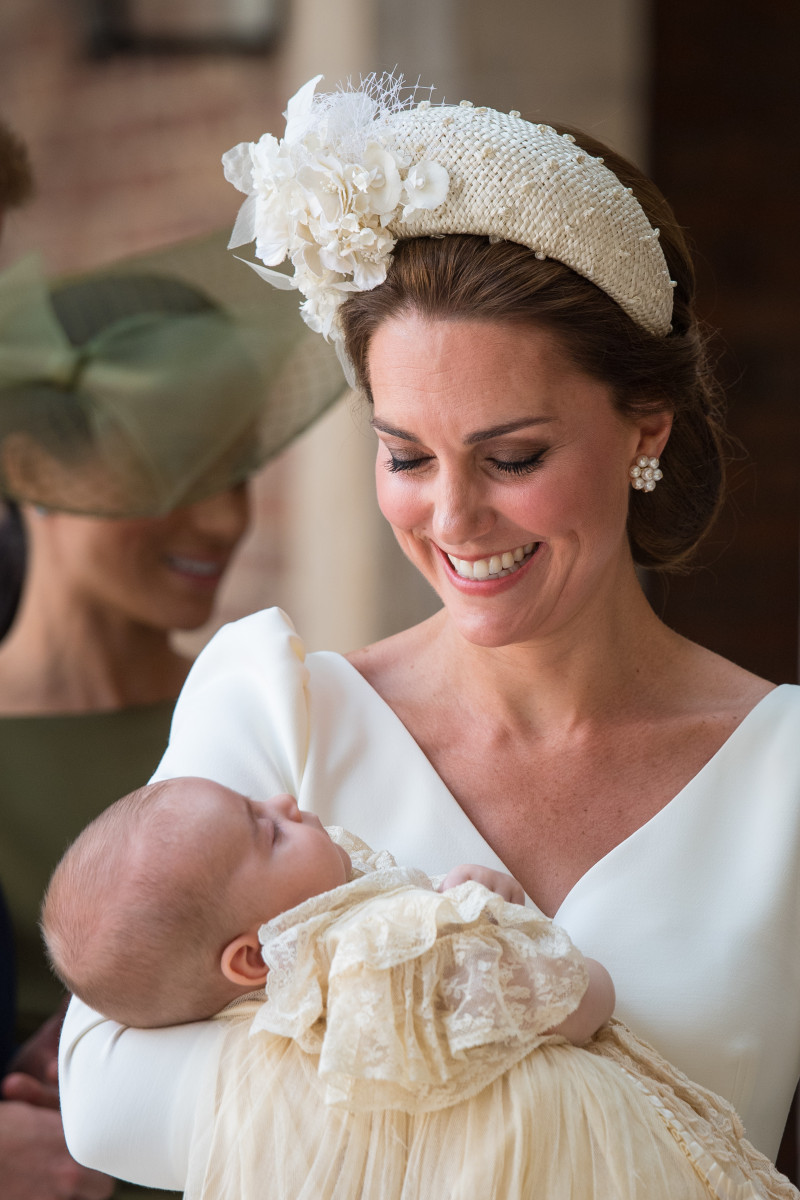 The little prince, who is fifth in line to the throne, was christened last week at the Chapel Royal, St James' Palace, in a service attended by just a handful of close friends and family members.

It marked the first time we've seen the whole Cambridge family of five - including Prince George, four, and three-year-old Princess Charlotte - together since Louis' birth.

Have you been watching Wimbledon this year? Leave us a comment on our Facebook page @EntertainmentDailyFix and let us know!