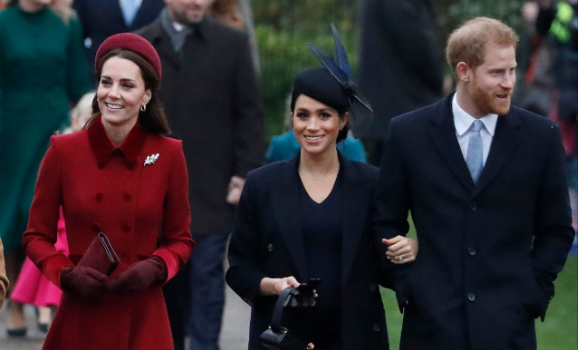 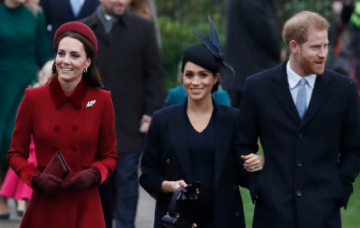 Duchesses of Cambridge and Sussex put on united front for Christmas

The young royals were all smiles as they approached St Mary Magdalene Church in Norfolk for the Christmas Day service.

The united front comes in the midst of unsubstantiated reports of a rift within the foursome.

Rumours began to swirl after it was announced the Duke and Duchess of Sussex were moving out of Kensington Palace to live in Frogmore House in Windsor.

There were suggestions the Cambridges would spend Christmas Day with the Middleton family in Berkshire, while Harry and Meghan would spend it with the Queen at Sandringham in Norfolk.

Earlier this month, Kensington Palace confirmed the two couples would be celebrating the day together, however.

And it’s proven to be a very strong mark of solidarity.

The Queen, meanwhile, arrived by car with her son, Prince Andrew. Prince Phillip is absent from today’s service.

As the car pulled up, BBC News captured a glimpse of Her Majesty looking radiant and smiling for the cheering crowd.

Meanwhile, on Sunday, shoppers in Norfolk were stunned to see Kate, Duchess of Cambridge, shopping in discount store The Range.

She bought several items while in the store with Prince George and Princess Charlotte.