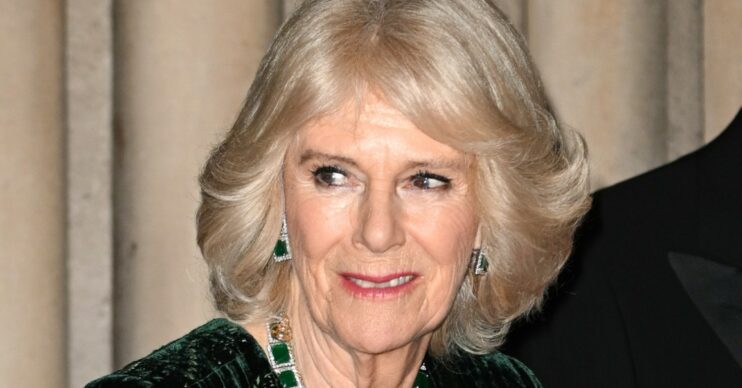 The duchess still has a slight cough after battling COVID

The Duchess of Cornwall has decided to cancel her appearance at Cheltenham Festival today (March 16), after recovering from COVID-19.

Camilla, who first tested positive for the virus last month, was due to present the trophy to the winning owner, jockey and trainer of the Queen Mother Champion Steeple Chase.

However, Camilla will no longer attend.

Duchess of Cornwall to miss Cheltenham

Clarence House confirmed the duchess would not be attending the Cheltenham Festival.

The cancelled engagement marks Camilla’s second in one week.

It comes after she recently revealed she has been left with a cough in the aftermath of the virus.

I still can’t get shot of it.

During a recent visit, she shared: “Well, it’s taken me three weeks and I still can’t get shot of it.

“Probably my voice might suddenly go coughing and spluttering.”

At the time, a Clarence House spokesman said: “Her Royal Highness The Duchess of Cornwall has tested positive for COVID-19 and is self-isolating.

The duchess has had three vaccinations.

However, the Queen didn’t attend after reportedly struggling with mobility issues.

Despite this, the 95-year-old monarch still marked the occasion and issued a message ahead of the ceremony.

Her message read: “In this year of my Platinum Jubilee, it has given me pleasure to renew the promise I made in 1947…

“…that my life will always be devoted in service.

“Today, it is rewarding to observe a modern, vibrant and connected Commonwealth that combines a wealth of history and tradition with the great social, cultural and technological advances of our time.”

Meanwhile, Palace aides are reportedly advising the Queen to ‘pace herself’.

This is so she can attend the memorial service for the late Prince Philip later this month.