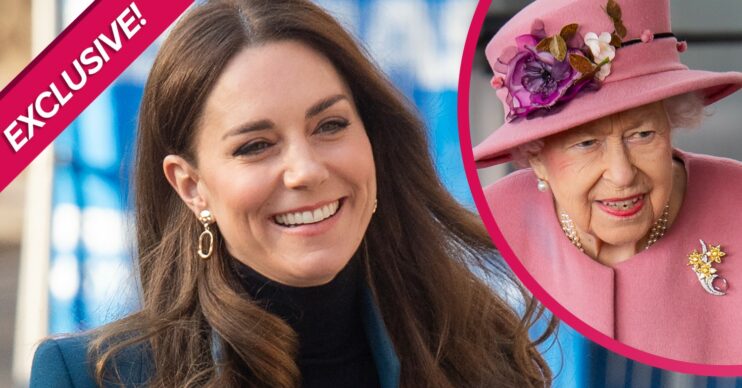 Duchess of Cambridge ‘has supported Queen through Andrew scandal’

Other senior royals have stepped in too

The Duchess of Cambridge has been supporting the Queen throughout the Prince Andrew scandal, a royal commentator has said.

Kate, 40, has been there for Her Majesty, 95, along with Prince Charles, Camilla, Prince William, Prince Edward and the Countess of Wessex.

The duchess has made sure to step in and help the monarch during Andrew’s legal woes.

Duchess of Cambridge’s support for Queen

Royal commentator Charles Rae told Entertainment Daily!: “By virtue that Catherine is one of the senior royals now and she like the others have stepped in to help Her Majesty, I am sure she will continue helping the Monarch just as Charles and Camilla, William, Edward and Sophie.

“They have all supported the Queen throughout the Andrew Scandal and there is no reasons for them not to continue with that support.”

It was previously said that Kate was on hand to support the Queen when her beloved husband of 73 years Prince Philip died last year.

Last April, reports claimed that Kate, Princess Anne, Duchess of Cornwall and Sophie, Countess of Wessex had formed a support group for the Queen.

At the time, royal expert Penny Junor also said the Queen was relying on both Kate and Sophie.

Ms Junor told The Sun: “After all those years of having Philip by her side, both as a loving husband and a supportive consort, no-one will ever fill the void in the Queen’s life left by him.

“But she has the love of a nation and her own family to support her through the coming months.

“And she know she can always rely on Sophie and Kate.”

This week, royal fans had expressed some concerns for the Queen following the news that Andrew had settled his civil sexual assault case out of court.

The Duke of York, 61, has agreed to pay a “substantial donation” to Virginia Giuffre’s charity.

Ms Giuffre had accused Andrew of sexually assaulting her when she was 17 – allegations he’s denied.

Reports claimed that Her Majesty had made a £2million donation to the charity too.

One royal fan said on Twitter following the news: “Another nail in the coffin for the Monarchy.”

Another ranted: “At 95 years of age, a mother shouldn’t have to be cleaning up the mess her adult son has made.”