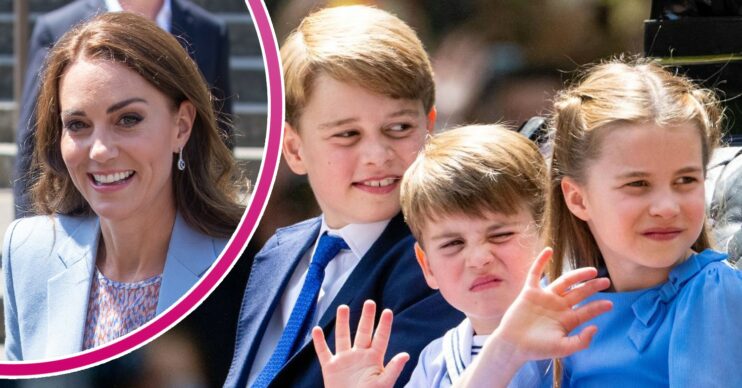 Duchess of Cambridge has been showered with praise again

The Duchess of Cambridge has been praised for raising her three kids with a “loving” and “caring” nature by YouTuber Louise Pentland.

Louise has previously worked alongside Camilla, the Duchess of Cornwall – and now hopes to work with Kate too.

Louise Pentland, aka SprinkleofGlitter, is a YouTuber with 2.2 million subscribers.

She has worked with the Duchess of Cornwall in the past, and has nothing but praise for the Royal Family.

In an interview with the Daily Star, Louise spoke about what makes the royals so special.

Louise said that she feels as though the royals support so many charities, and aren’t just figureheads for them.

Louise then went on to say how having worked with Camilla, she knows that she is passionate about one charity in particular – Bookstart.

She was also full of praise for the work that Kate does too.

The YouTube star then went on to praise the Duchess of Cambridge.

“I also watch how she [Kate] is with her children when you see rare bits of footage and I feel like she brings that to her own family as well,” she said.

Read more: Kate Middleton ‘didn’t have the energy to bond with Meghan’ ahead of wedding

“I really love that you can see they’re a caring loving family and I love how that radiates out to the nation,” she continued.

Additionally, Louise then said: “I think they’re a real asset to us and I really appreciate the work they do.”

Louise then went on to say that she hopes she can do something for charity with them for YouTube at some point.

Until then, however, she said she will continue to support them from afar.

The Duchess of Cambridge news

Louise’s kind words about Kate come after the real reason behind her and William’s PDA was revealed.

Royal expert Duncan Larcombe has claimed that the royal family is changing at “breakneck speed”.

Larcombe has claimed that this change has been led by William and Kate. He claimed they are giving the public more of a glimpse into their relationship.

“Their relationship has always been about William as a person and not a future king. Now she’s been elevated in a huge way – as a future queen – and the royal family’s different roles are evolving,” he told Closer.

“Their PDAs are a big sign of their part in modernising the royals and that means letting the public in,” he continued.

“We have seen more displays of affection in the last year than the last 10 years put together,” he added.