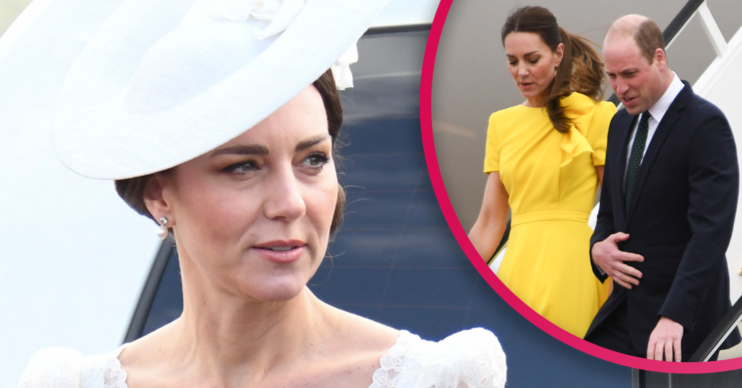 She's just been to Belize, Jamaica and The Bahamas with William

Changes are in store for the Duchess of Cambridge following her recent Caribbean tour with husband Prince William.

The trip – which took in Belize, Jamaica and the Bahamas, was somewhat marred by controversy.

And, as a result, the young royals are now determined to do things “the Cambridge way” going forward.

So what will it mean for Kate? Read on and we’ll tell you.

Changes in store for the Duchess of Cambridge

She is expected to embark on shorter trips on her own that will focus on things that matter to her.

The claims come after the pair vowed to rip up the royal rule book following the visit.

It’s said they believe now more than ever the monarch needs to be “agile” in order to survive and thrive.

And it seems they’re ready to drop the Queen and Prince Charles‘ “never explain, never complain” motto in future.

‘They have their own interests’

One insider told the Evening Standard: “Catherine has supported her husband magnificently and with real style too.

“But they are both older now and have their own interests. She is passionate about early childhood development and learning for example.”

They added: “The prince believes that for him, the days of ‘never complain’ are over. He won’t be speaking out regularly but believes if the monarchy has something to say, then it should say it.”

Meanwhile, another source told The Sun the Duke and Duchess of Cambridge are looking to “modernise how they work”.

They said: “It’s a breath of fresh air. They were bruised by attacks that their Caribbean trip harked back to the colonial age.

“In future they will rip up the rule-book and do things ‘the Cambridge way’.

“They’re trying to work out what that will look like. It is not a criticism of how it was done in the past. But times are changing,” they added.