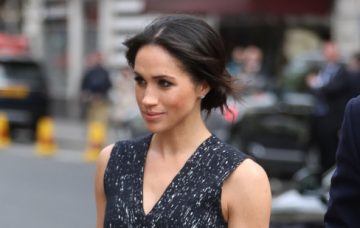 Meghan Markle’s dad to ‘miss royal wedding due to surgery’

Meghan Markle’s father has said it’s unlikely he will attend the royal wedding due to a planned heart procedure, according to reports.

The 73-year-old has reportedly claimed he needs surgery and will be admitted to hospital on Wednesday morning, meaning he likely cannot fly to the UK for Saturday’s ceremony.

TMZ quoted Thomas saying: “They [doctors] will go in and clear blockage, repair damage and put a stent where it is needed.”

It’s been a confusing couple of days for Meghan, with the question of whether or not her father will attend the royal wedding dominating headlines.

He had been due to fly to the UK ahead of the wedding to meet Harry for the first time; it was also announced by Kensington Palace that he would be introduced to The Queen.

But Thomas announced on Monday evening he would not be going, amid allegations he had worked with a picture agency to pose for staged paparazzi photos.

At the time, it was claimed he feared further embarrassing Meghan and the royal family.

He also raised concerns about his health, saying he’d recently had a heart attack.

Then, the former Hollywood lighting director appeared to change his mind, suggesting he would come because he didn’t want to miss out on being part of history.

He also said he’d spoken to Meghan and knew how much it would mean to the actress for him to walk her down the aisle.

However, the latest news late on Tuesday evening was Thomas saying he won’t now make the wedding, because his health has to be a priority.

It’s claimed he began experiencing chest pains and went to hospital, where he was advised to undergo surgery this week.

While Meghan and Harry have not spoken about the latest headlines, Meghan’s half-sister Samantha gave another interview today.

She told Australia’s Sunrise: “He sent me a message that he was undergoing heart surgery.

“He’s been under a tremendous amount of stress amid health challenges. I think we’re all hoping he pulls through this now and can still go to the wedding.”

Kensington Palace have not said anything about Thomas’ latest claims, but on Monday a statement issued on behalf of the soon-to-be newlyweds said: “This is a deeply personal moment for Ms Markle in the days before her wedding.

Former actress Meghan and Harry will marry on Saturday at St. George’s Chapel at Windsor Castle.

Kensington Palace had confirmed earlier this month Thomas would walk Meghan down the aisle, but if he does not attend, it’s possible that job could fall to her mum, Doria Ragland.

Meghan’s mother was seen yesterday leaving her Los Angeles home and travelling to the airport, where she will fly into the UK today.

Samantha said on ITV’s Good Morning Britain this week that she urged Thomas to work with the picture agency as she wanted him to be seen in a positive light.

She said there had been unflattering images of Thomas published in the media, and she was only trying to counter those by suggesting Thomas pose for staged images.

The images included Thomas being fitted for a suit, and browsing pictures of Meghan and Harry at an internet cafe near his home in Mexico.