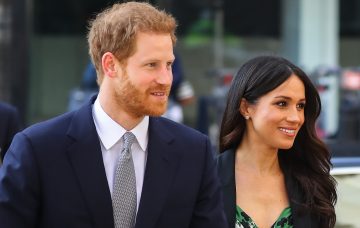 Meghan Markle has confirmed her father Thomas will not attend the royal wedding.

The former actress has issued a statement via Kensington Palace following the news Thomas, 73, has undergone heart surgery.

Meghan said: “Sadly my father will not be attending our wedding. I have always cared for my father and hope he can be given the space he needs to focus on his health.

The 36-year-old will tie the knot with Prince Harry, 33, at St. George’s Chapel at Windsor Castle at noon this Saturday.

It has not been confirmed who will walk her down the aisle in Thomas’ absence.

Meghan’s father Thomas is said to be alert and recovering following a heart procedure on Wednesday.

Thomas previously told TMZ he will remain in hospital for the next few days, ruling out any chance he could travel to the UK for the wedding.

Kensington Palace had previously confirmed Mr Markle would walk Meghan down the aisle.

But on Monday night, he pulled out of the wedding, amid speculation he’d worked with a photography agency on staged paparazzi pictures.

However, shortly afterwards Thomas told TMZ he would unlikely be able to travel to the UK as he needed to undergo heart surgery.