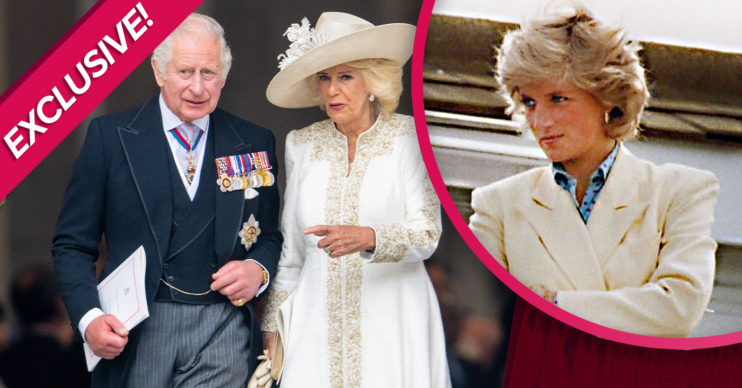 It'll be 25 years this August since she died

Prince Charles and wife Camilla will “suffer” as the nation commemorates the 25th anniversary of Princess Diana‘s death later this year.

Of course, Diana famously declared there were three people in her marriage, in reference to Charles’ closeness with Camilla.

And, following her death in 1997, Charles and Camilla got together and married.

Speaking exclusively to Entertainment Daily, one royal expert said that while Diana’s anniversary won’t tarnish Charles and Camilla in the long run, in the short term the couple will “suffer”.

Charles and Camilla to ‘suffer’ over Diana anniversary

Richard Fitzwilliams told ED! that “the moment Diana is in the news, Charles and Camilla suffer”.

And, with the 25th anniversary of her death approaching and the new series of The Crown, it could be a bit of a tough time for the Duke and Duchess of Cornwall.

He said: “The moment Diana is in the news, Charles and Camilla suffer.

Every time Diana comes up there are memories of that desperately unhappy marriage.

“I think there are 20 more episodes of The Crown and obviously it’ll feature prominently.

“Diana will be a major part of it, so that will be extremely unhappy watching – not just because it takes such liberties with the truth but because it was a disastrous period for the royals,” he said.

Of course, she died in a car accident in Paris in August 1997, and surely this summer will be a time to reflect on the tragedy, 25 years on.

“The 25th anniversary, we don’t know what’s going to happen, quite a bit may,” Richard mused.

“I think that will be difficult, but having said that it’s obvious Charles and Camilla are happy together, they work so well together, so it won’t affect things in the long run.

“But every time Diana comes up there are obviously memories of that desperately unhappy marriage,” he concluded.