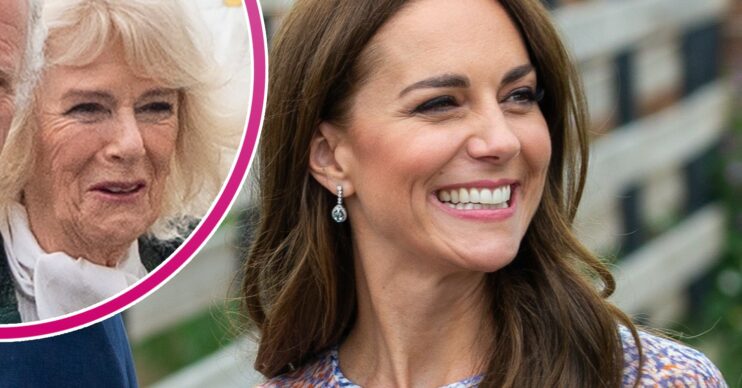 Camilla’s ‘warning to Kate Middleton over relationship with Prince William’

The two have grown close over the years

Camilla and Kate have grown closer in recent years, and it seems behind the scenes Camilla has kept an eye on the Duchess of Cambridge.

In 2020, it was claimed that Camilla had offered some advice that would help Prince William and Kate’s relationship stay the long course.

Her advice holds weight to it considering the Duchess of Cornwall has been in a relationship with Prince Charles for decades.

According to royal author Robert Lacey, Camilla’s handy tip for Kate was to make sure her life follows the way William leads his.

In his royal biography Battle of Brothers in 2020, Mr Lacey explained: “Camilla had confided to Kate the secret of hanging on to a busy prince: fit your timetable – well, basically your whole life – around his.”

They were taken to mark her upcoming 75th birthday, which is on Sunday, July 17.

Camilla shared how much she enjoyed working with Kate on the snaps in her ITV documentary, Camilla’s Country Life – which aired on Wednesday.

She revealed: “She did really good pictures and you know she does it very naturally. We had a lot of fun doing it.

“It was very relaxed and of course very kind of the Duchess of Cambridge. She’s an extremely good photographer and it was all very casual.”

Meanwhile, she added: “There wasn’t much hair and make-up. It was a lovely way of doing it.”

Kate has had lots of practice when it comes to being behind the camera.

The Duchess regularly acts as the royal photographer for her own children Prince George, Princess Charlotte and Prince Louis.