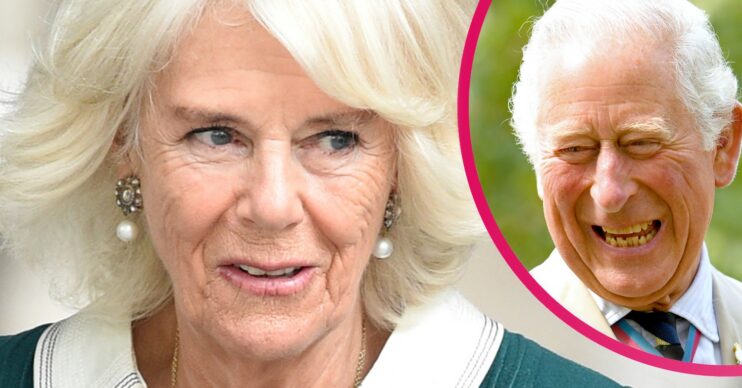 Camilla Parker Bowles title: Will The Duchess of Cornwall ever become Queen?

Should Camilla be given the title of Queen?

Will Camilla Parker Bowles ever be Queen? Camilla, now the Duchess of Cornwall, will one day be married to the King of England.

Yet there has long been debate over whether Camilla will be given the title of Queen Consort.

Camilla is a divorcée and it could also prove to be a “PR nightmare” given the couple’s backstory.

So will she ever be considered a queen? And if not, what will her official title be?

What has Clarence House said?

Upon the wedding announcement between Charles and Camilla, it was confirmed that Camilla would be given the unprecedented new title of Princess Consort.

In 2005, a Clarence House spokesperson said: “Mrs Parker Bowles will use the title HRH the Duchess of Cornwall after marriage.

“It is intended that Mrs Parker Bowles should use the title the Princess Consort when the prince accedes to the throne.”

However, in 2020, reports emerged that Charles did intend to make Camilla Queen Consort.

Yet Clarence House rebutted the claims with: “The intention is for the duchess to be known as Princess Consort when the prince accedes to the throne. This was announced at the time of the marriage and there has been absolutely no change at all.”

Some royal experts believe that Camilla will indeed become Queen Consort once Queen Elizabeth II has passed and Charles is coronated.

Royal author Robert Jobson made the claim in his book Charles at 70: Thoughts, Hopes And Dreams.

Robert believes that Clarence House’s statements regarding the matter should not be taken at face value.

Here he wrote: “The critical word in this statement, of course, was ‘intended’. What Clarence House was doing was buying time — time for a hostile public to warm to Camilla.

“Prince Charles, however, has always intended her to become his queen consort. According to an inside source, he’d already decided that before their wedding.”

Meanwhile, royal expert Christopher Wilson told the Express that he believes there is a decent chance Camilla will be made Queen Consort.

He predicted: “She will not be crowned and anointed in the way the Queen Mother, the last queen consort, was at the 1937 coronation.

“But there’s a burning desire among some senior Palace officials that the door should remain open.

“And that if public goodwill swings behind the idea of a Queen Camilla in the hours and days following Charles’s accession, a second throne will be taken out of mothballs and the consort’s crown will be polished up for the big day.”