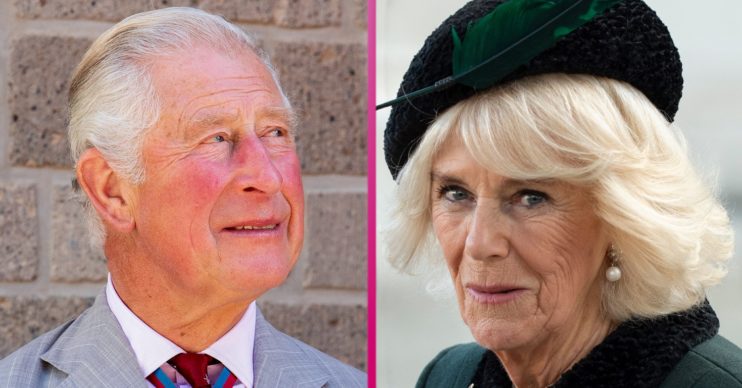 Camilla Parker Bowles: Duchess of Cornwall will ‘stay in the background’ when Prince Charles becomes king

She is still remembered as the 'Diana Destroyer'

Or so predicts one leading royal expert.

Royal author Clive Irving thinks Camilla, 73, will deliberately keep a low profile if she is to become Queen Consort.

He said this is because Camilla is more than aware of the public’s devotion to the late Princess Diana.

When did Prince Charles and Camilla Parker Bowles first date?

Mr Irving told Express.co.uk: “I think she will be very careful to stay in the background.”

Before adding: “Camilla’s problem is the whole history of the relationship and the fact that she was seen as the Diana destroyer.

“That’s the burden that she will carry.”

Prince Charles and Camilla began dating in the early 1970s but she went on to marry Andrew Parker Bowles in 1973.

Camilla’s problem is the whole history of the relationship and the fact that she was seen as the Diana destroyer.

They are believed to have reprised their relationship in the mid 1970s – despite her being married to Andrew.

And their escapades continued on-and-off throughout Prince Charles’ 15-year marriage to Princess Diana.

How does The Crown portray Charles and Camilla?

When the couple married in 2005, they gradually built a favourable image with the public.

But their rehabilitated image is now under threat due to the popularity of Netflix’s series The Crown.

And it portrays Camilla as a key role in their marriage’s demise.

This has led to significant online trolling against Camilla and Charles, despite decades having passed since he divorced the late Princess of Wales.

So much so, that Clarence House has disabled its open Twitter replies. Now replies to their tweets can only be made by pre-approved Twitter users.

What’s more, a palace insider has even accused Netflix of “trolling” Charles and Camilla.

The source told the MailOnline: “It’s one thing to make a drama that not even the writer claims is entirely factual, but for Netflix to use its corporate social channels to create and post material that is one-sided at best feels like corporate trolling – it’s pretty sinister.”

The Queen won’t step down for Charles

Charles has trained to be the next king since a child. But he is not expected to be crowned the next King of England until his mother has passed.

There were rumours that The Queen would step down once she turned 95. But these have been widely rebuked by royal experts and palace insiders.