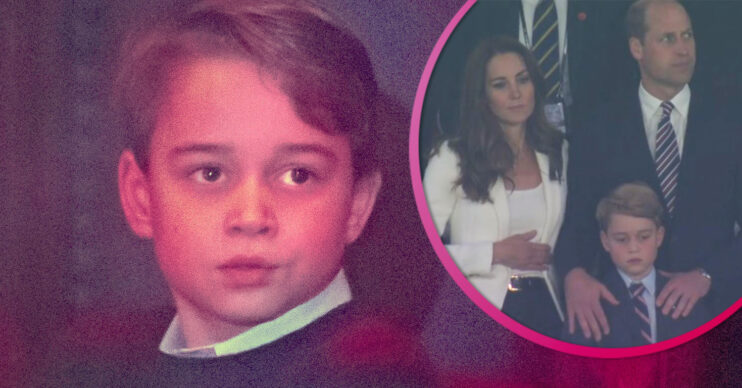 George will turn eight on July 22

A birthday photo of Prince George may not be released by Prince William and Kate Middleton, a royal expert has claimed.

George will turn eight on July 22 and the Duke and Duchess of Cambridge often share new photos of their kids on their birthdays.

However, a royal biographer has claimed it may be different this year after the Cambridges faced criticism over George wearing a suit to the Euro 2020 final.

Will there be a birthday photo of Prince George?

Speaking on True Royalty TV’s Royal Beat, Angela Levin said: “There are rumours that we might not see the photograph [of Prince George] when he’s eight, because they’ve been so upset by the rudeness of people mocking a little boy aged seven.

“I hope they can overcome that.”

In addition, royal correspondent Roya Nikkah shared her thoughts on George joining his parents to the game at Wembley.

She said: “This is an official duty for Prince George at the age of seven.

“It’s lovely and happy and there’s a lot of emotion.

“Getting him used to big crowds and knowing that he is being watched by millions of people – it’s quite a clever way of doing it.”

Expert hits back at criticism

“…but I doubt very much it has anything to do with the unjustifiable criticism he received.”

In addition, he said: “I mean who in their right mind attacks a young lad who will be eight in a couple of days.”

Meanwhile, George’s suit sparked division among fans, and even TV presenter Lorraine Kelly said he should have worn a football shirt.

She said on her programme: “He was a wee cut down man, they had him in a suit and tie.

However, other people thought George’s suit was “adorable” and appropriate for the occasion.