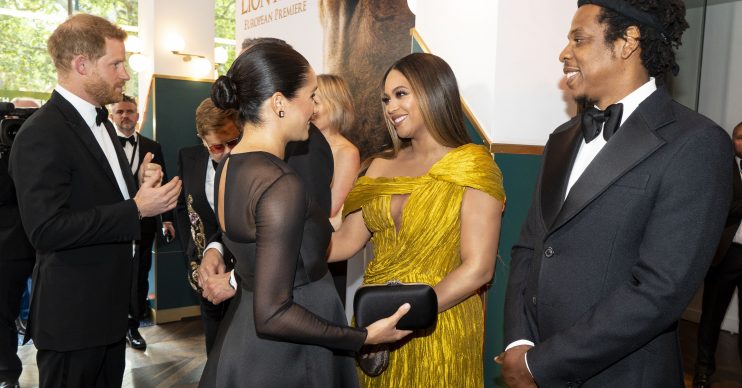 The Duke and Duchess of Sussex mingled with showbiz royalty last night, Beyoncé and Jay Z.

Meghan shared a sweet moment with singer Beyoncé, who stars in the film, as they hugged and kissed at the glitzy screening.

She is also believed to have said: “My princess,” as the pair shared an embrace, according to eagle-eyed fans.

However, Beyoncé and her husband Jay Z have been accused of ‘upstaging’ the royal couple by arriving at the premiere after Harry and Meghan got there.

Then, when they met, Beyoncé was accused of “breaking royal protocol” by hugging Meghan.

Hugging members of the royal family has been frowned upon, however, the Duchess didn’t appeared phased.

According to the Mirror, body language expert Judi James claimed that Beyoncé sees herself on equal terms to Meghan.

Judi said: “The women start with a cheek-kiss that converts into a mutual hug, with Beyoncé closing her eyes to register deep affection.

There’s honestly more security around Beyonce and Jay-Z than there is around the royals! pic.twitter.com/Uz6nAXBMdg

“They keep their hands in place as they part to talk, with their left hands clasped and performing the kind of judder that is a strong tie-sign of mutual friendship.

“Meghan then looks impatient to introduce Harry to Beyoncé, touching Beyoncé’s arm before the pair perform a cheek-kiss.”

Fans were quick to express their delight over Meghan and Beyoncé’s meeting.

A third added: “Beyoncé called Meghan Markle my princess and now am [emojis]. Two women I adore so much.”

Beyonce called Meghan Markle my princess and now am😥😪😘🔥😍🙆. 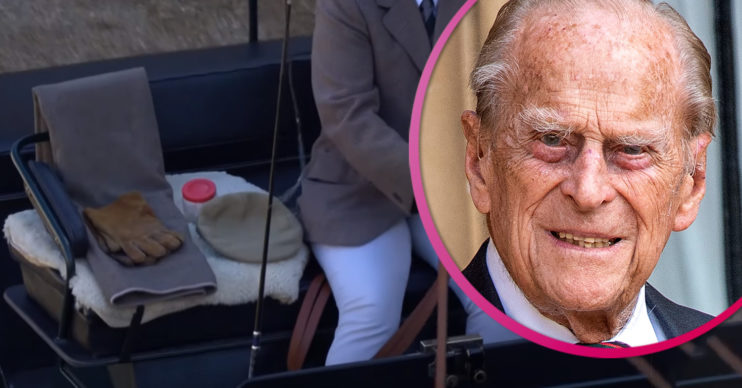