Viewers of Mary Berry's recent TV special reckon they may have spotted an "awkward" moment between the Duke and Duchess of Cambridge.

Royal fans keeping a close eye on the couple's interactions believe they noticed Kate Middleton 'recoil' from her husband as they chatted with volunteers at a Christmas party thrown to thank charity workers.

The brief exchange occurs towards the end of A Berry Royal Christmas, which was aired by the BBC earlier this week.

And some observers wondered on social media why it hadn’t been edited out of the programme. 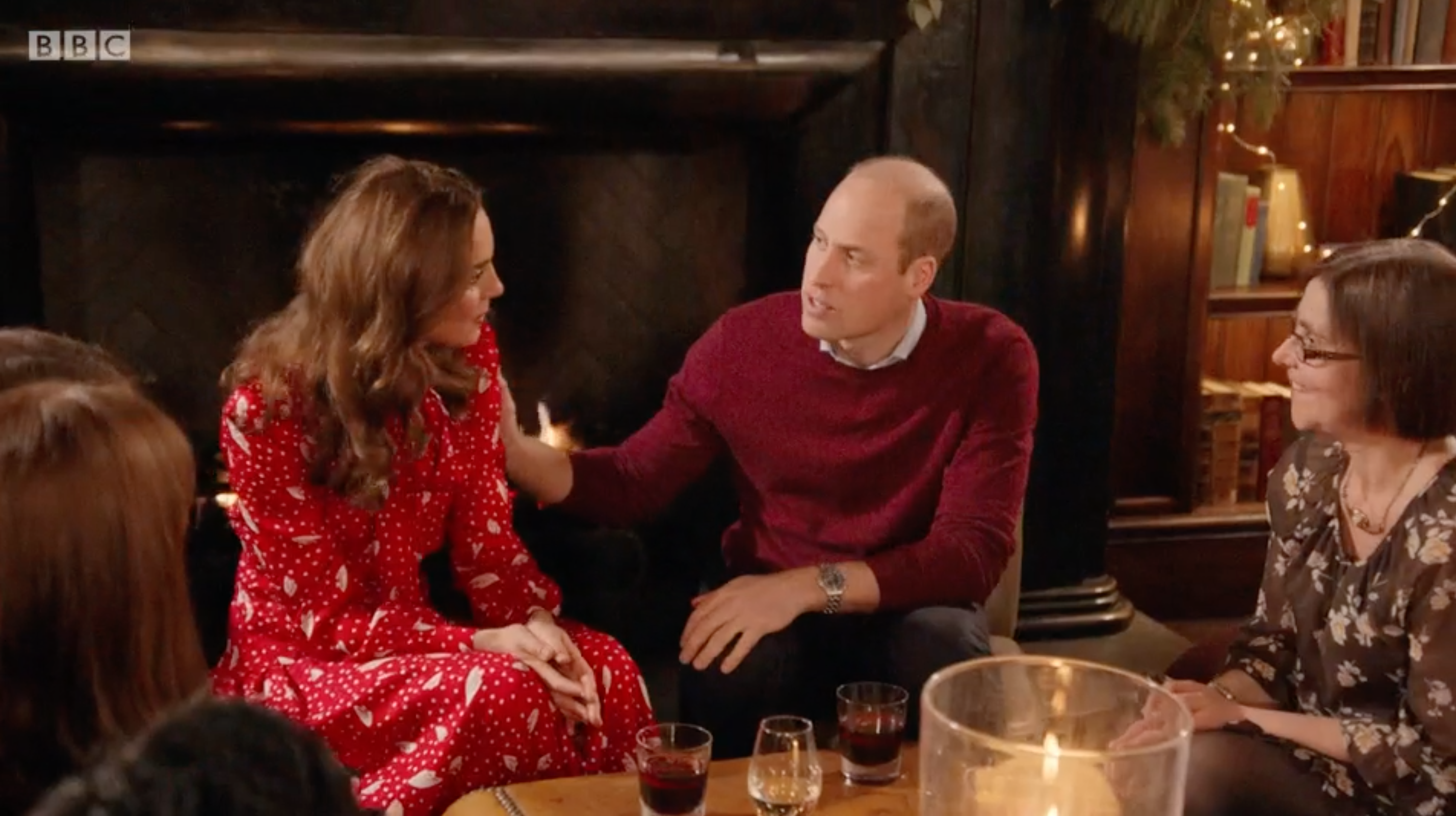 Is this a tickle from Wills? (Credit: BBC iPlayer)

Kate, 37, appeared to shrug off Prince William's hand as he - also 37 - touched her on her left shoulder.

He then moved his hand away and continued the conversation.

It was not really long enough of a clip to really tell what was going on.

But while many of those watching at home pondered whether the moment was more clumsy rather than awkward, others speculated whether Kate was trying to avoid a public display of affection.

"Awkward! Too awkward!! They should have cut it out!" insisted one social media user. 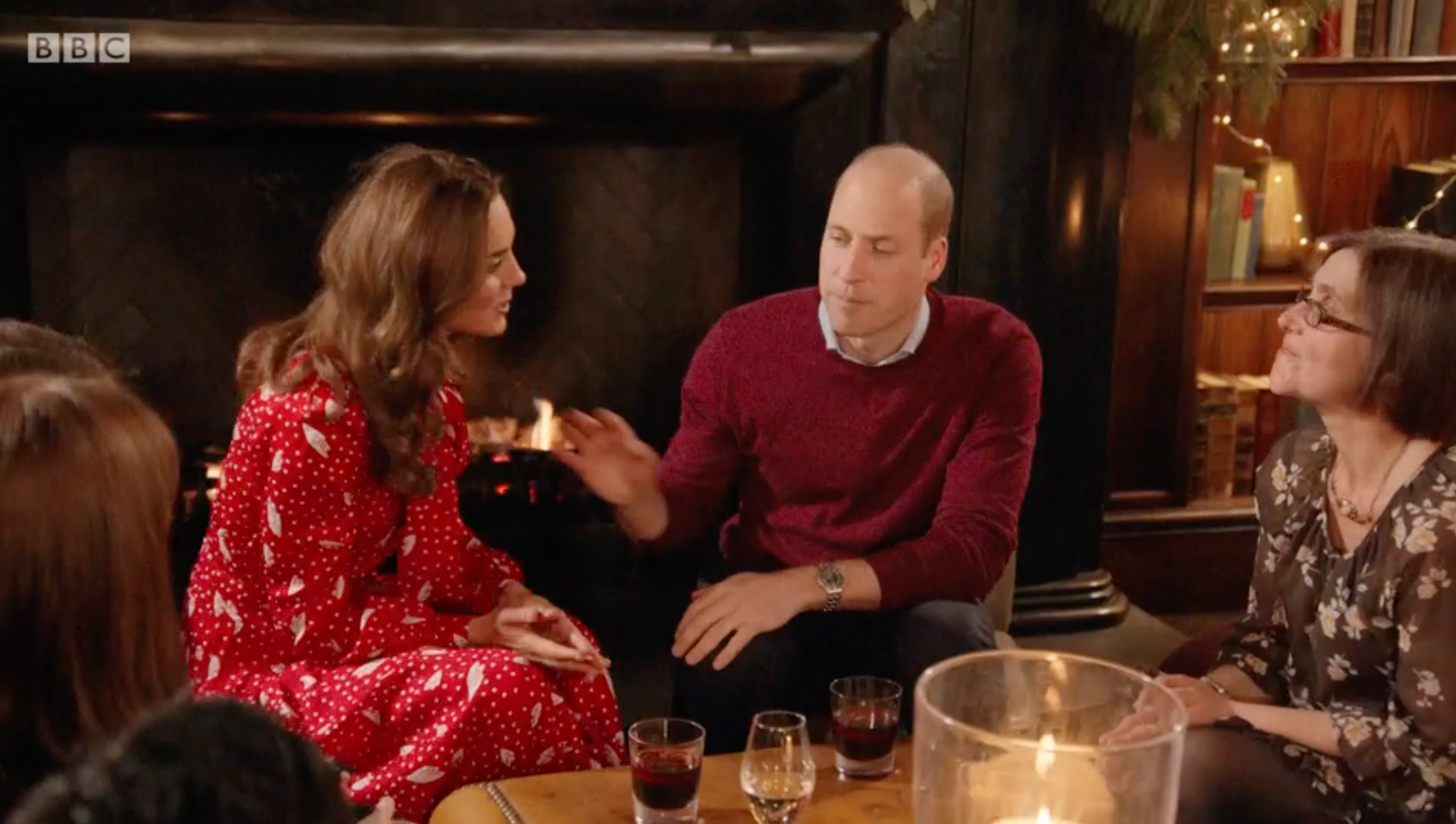 He pulls his hand away (Credit: BBC iPlayer)

Another claimed on Twitter: "Kate realises he was attempting to show PDA as Harry does, but she’s not used to that!"

However, one supporter maintained there was nothing suspicious about Kate’s reaction.

They speculated: "I think he tickled her back or shoulder. 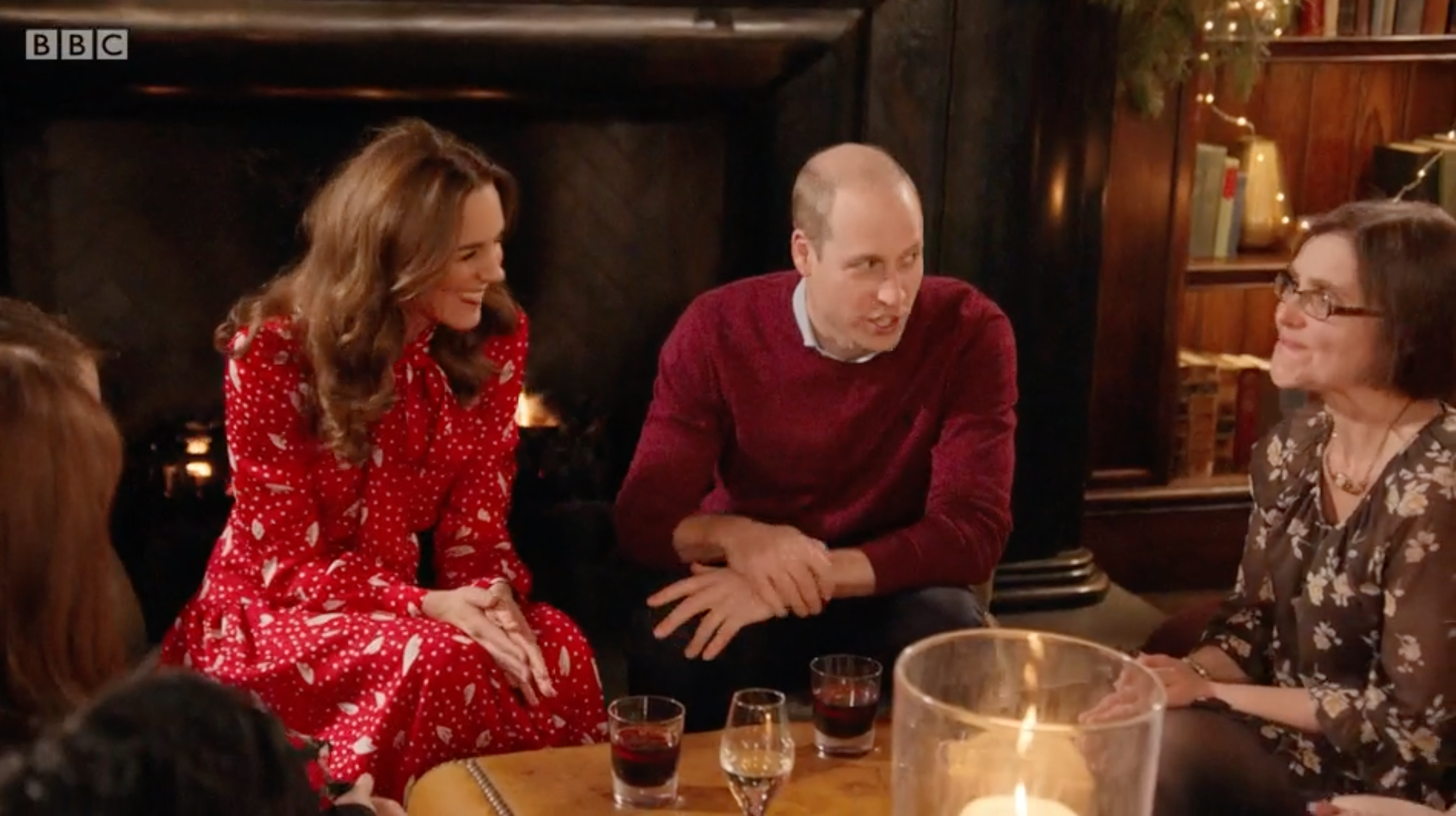 "She did move but there were no dirty looks or even a facial reaction, it was not really long enough of a clip to really tell what was going on, but both seem to be in good humour."

Another person claimed the sequence needed to be watched closely and broken down into individual movements to give a true reading of the situation.

"LOOK WHAT ACTUALLY HAPPENED," they typed.

Kate shaking off William's hand on her shoulder during #ABerryRoyalChristmas pic.twitter.com/NyzjdKC3rk

"Kate is beautifully content as William’s hand rests on her shoulder.

And another fan praised the pair for their "professional" restraint.

"I like the way they interact, it’s professional. I don’t want to see excessive hand holding and back rubbing," they tweeted.