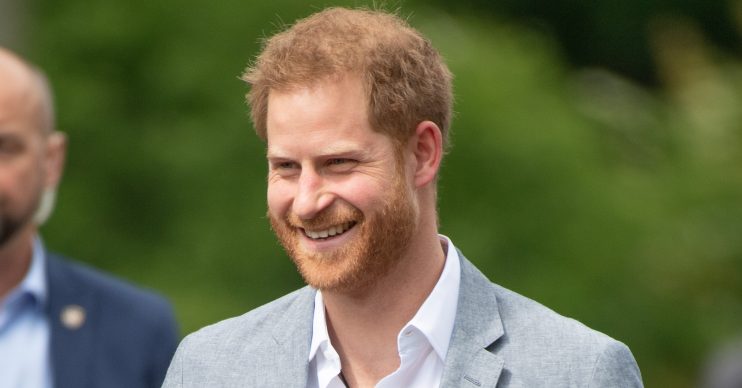 All appears to be forgiven

The Duke of Sussex Prince Harry has reportedly renewed his friendship with long-term pal Tom ‘Skippy’ Inskip – all thanks to Archie.

The new dad allegedly fell out with banker Tom, 34, after he questioned his relationship with Meghan Markle.

But all seems to be forgiven as a source told The Sun that Prince Harry phoned Tom the day of Archie’s birth.

He reportedly invited him to visit baby Sussex, sparking rumours he might be about to make him a godparent.

The source said: “One of the first of his old chums with whom Harry wanted to share the great news was Skippy, who is just happy to be back in the fold.

“Tom is genuinely happy that he was proved wrong about Meghan – because he, like everyone else, can see that they are absolutely devoted to each other.”

Tom was one of Harry’s closest friends back in his party years, but is now happily married to wife Lara.

He was reportedly suspicious of Meghan at first, and asked Harry whether he was more in lust than in love with Meghan.

Meghan is said to have caught wind of their conversation, branding Tom a bad influence on her then husband to be.

After that, Tom was only being invited to their wedding ceremony and not the celebrity-filled reception.

The source added: “But he doesn’t feel guilty about asking Harry if he was sure he was [doing] the right thing in the first place – he felt he was only doing what a good friend should do, in talking it through with Harry.

“And he wouldn’t have been excluded from the gang had not Meghan found out about their boys’ chat.”

According to the paper, Tom and Lara are set to visit baby Archie within the next week – and may even beat Prince William and Kate to it.