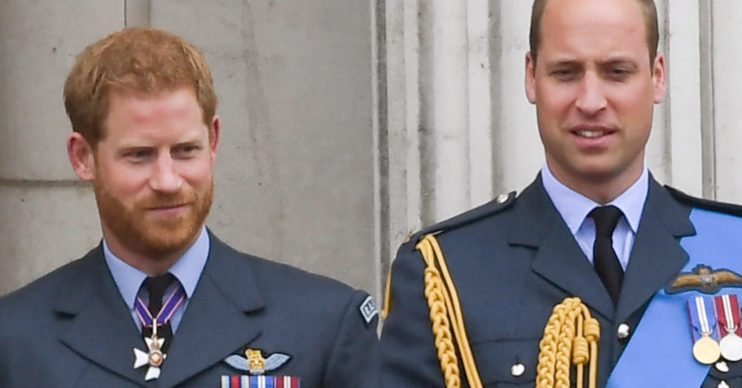 Harry is living in America with wife Meghan and son Archie

Harry is living in Los Angeles with his wife Meghan Markle and their son Archie, one, after the couple stepped back from royal life in March.

According to reports, the Duke of Cambridge checks in with Harry in the evening after supper with his wife Kate and once their three kids have gone to bed.

A source told The Sun‘s Fabulous magazine: “William finds Zoom a good, informal way of keeping in touch, and some would say ‘tabs’, on his younger brother.

“There have been several zoom calls. It’s easy to set up and involves no awkward scheduling.

“After the children have gone to bed and supper with Kate. It has been only William and Harry. It is around lunchtime in LA.”

The source added that the calls are made from the “private sitting room” at Kate and William’s Anmer Hall home.

This is reportedly not the room that Kate and William “use for their public zoom sessions”.

Chats are ‘low key and casual’

According to the source, the chats are just between William and Harry which “takes the pressure off”.

The source added that Harry has been keeping in contact with the Queen via Zoom too.

Harry and Meghan quit royal life officially on March 31 and Kate and William have been continuing duties during lockdown via video calls.

Recent reports claimed Meghan and Harry discussed leaving their royal roles before they got married.

In the couple’s new book, Finding Freedom, claims suggest that the couple had already discussed the plans before tying the knot.

A source told The Sun: “The book will explore the journey that Meghan and Harry went through in coming to the conclusion that they did.

“It will make clear that far from it being a snap decision that they took a long time to make it.

“The seeds of Megxit were sown before they even got married.”

Harry and Meghan’s new biography is set to be released in August.

Are you sad Meghan and Harry quit royal life? Head to our Facebook page @EntertainmentDailyFix and let us know.