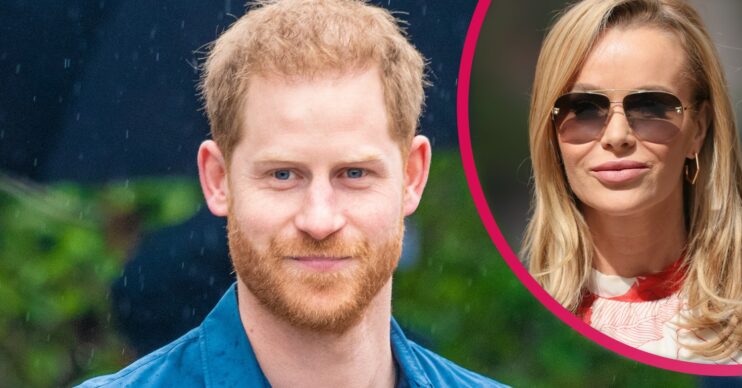 Amanda said he was "really engaging and laid back"

The Duke of Sussex received a glowing review from Amanda after spending the day with him at a charity function.

The radio host and BGT judge, 50, said that the Prince was “really engaging”.

When did Amanda meet Prince Harry during the unveiling of the Princess Diana statue?

Amanda joined the 36-year-old Prince at the WellChild event on Wednesday (June 30), alongside other celebrities like Ed Sheeran.

The Duke is in the UK to unveil a statue of his mother, Princess Diana, on what would have been her 60th birthday.

And Amanda told listeners to her Heart Radio breakfast show what he was like.

“Harry turned up and he was just as brilliant as you would imagine,” she said.

“He was very understated, very low-key.

“He sat down with every single family there for a good 15, 20 minutes, really engaging with them all.

“It basically made their day.”

What did Harry say at the event?

The Duke paid a surprise visit to the awards ceremony, which honours brave kids and their carers.

After his mandatory five-day quarantine, he appeared at the event in London and chatted to the award winners and their families.

In a speech, he said: “Since becoming patron of WellChild in 2007, this organisation and the people within it have held an extraordinarily special place in my heart.

“I wasn’t a father at the time, and yet the stories of these children and parents transcended that.

“[And] I didn’t need to be a dad to feel the impact of this invaluable work.

“Now as a father of two, I feel all the more connected, inspired and in awe of the resilience of these families, who power through indescribable challenges with the support of WellChild.”

What did the brothers unveil today?

Harry and his brother, Prince William, were pictured together when they both unveiled the statue dedicated to their late mother.

The two, after reports of a feud, met for the first time since their grandfather, Prince Philip’s funeral in April 2021.

In a joint statement, they said: “Every day, we wish she were still with us, and our hope is that this statue will be seen forever as a symbol of her life and legacy.”