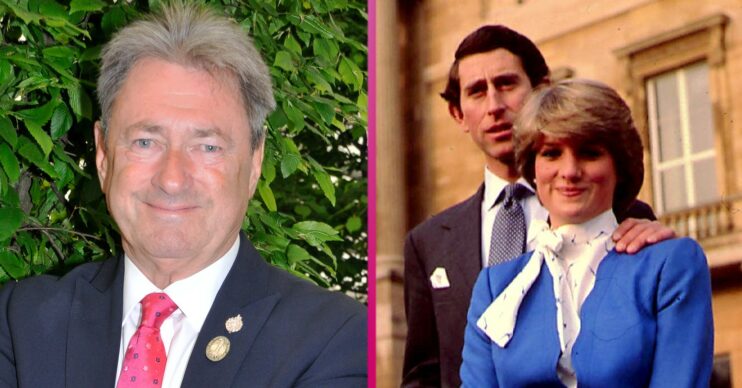 TV host has previously said how much he values royal friendship

Alan Titchmarsh developed his broadcasting career through his expertise as a horticulturist and gardening journalist.

But alongside his other TV work as the host of his own daytime chat show and countryside magazine show Love Your Weekend, Alan has also fronted several programmes taking the royal family as their subject.

Among those have been documentary specials about the Queen and Prince Philip.

He also got to know the monarch and the Duke of Edinburgh through his involvement in the Chelsea Flower Show.

Royal gardens, including those at Prince Charles‘ private residence at Highgrove, have also featured in Alan’s work.

And, partly thanks to these projects, Alan has gained unique insight into how the royals operate during his time with them.

Speaking about his relationship with the Prince of Wales in 2011, Alan noted Charles regards him as a friend.

Alan also emphasised how hard the heir to the throne works, indicating it is “harder than anyone else he knows”.

Furthermore, he believes Charles has been represented unfairly – and suggested that may be related to his former marriage to Princess Diana.

Alan said at the time: “His commitment to this country, to so many people and organisations, is just amazing. And I think it is a terrible shame that people still judge him on a failed marriage.

“If we judged all our friends on their marriages we might not have any left.

“I really value his friendship.”

He expressed his sadness for what Charles was going through in March 2021.

Alan told the Mirror: “He is an amazing man. I feel for him a lot.

Read more: Alan Titchmarsh on pain that left him thinking ‘death might be a blessed relief’

Alan added: “He’s a man who has dedicated his life to his country, and changed lives – he’s reached the parts that many other organisations can’t reach.”

Love Your Garden airs on ITV on Sunday February 20 at 9.55am.