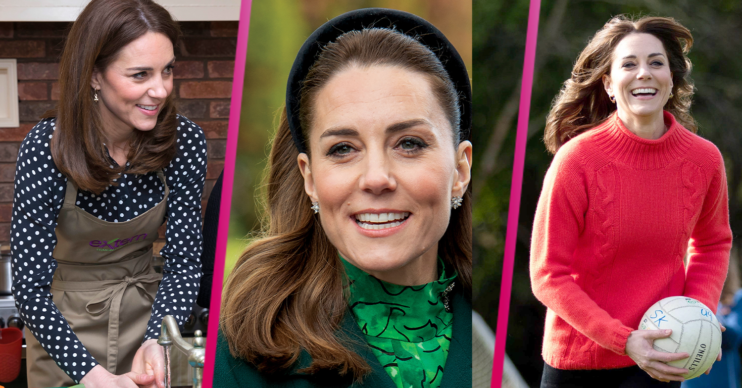 The Duchess of Cambridge even triumphed over the Queen!

She may not have served the country for as long as her grandmother-in-law, but Kate Middleton has certainly won over Brits as the most popular royal.

According to the Daily Mirror, the Duchess of Cambridge has only bagged herself this title following the tabloid’s survey.

So from her fashion choices to her charitable work, we take a look at all the things that make Kate great…

From her perfectly styled outfits to her flawless hair – no wonder the Duchess of Cambridge has become one of the world’s leading style icons.

Kate’s put-together look has no doubt led the way for her to become a major style inspiration, with many of her outfits selling out hours after she steps out in them.

Plus she’s got an eye for a good high street bargains, having previously worn pieces from Topshop, Zara and Whistles.

Since joining the Royal Family, Kate has publicly backed a number of charities close to her heart – and she has certainly gone out of her way to help those in need.

These range from local children’s hospitals to art-based charities.

Kate, 38, is loved for her down-to-earth attitude, and even did her own make-up on her wedding day to Prince William in 2011.

And remember that time she admitted to loving an Indian takeaway? You’re a girl after our own hearts, Kate!

Above all else, Kate’s children come first and she loves nothing more than spending time George, six, Charlotte, five and two-year-old Louis.

She also loves to cook with her kids in Kensington Palace, and recently revealed that George and Charlotte help her out at dinner.

And she isn’t afraid to publicly discipline her kids. Ahead of sister Pippa’s 2017 nuptials, Kate was spotted giving George a stern telling off as he acted up outside the church.

Whatever Kate said clearly worked, as George was soon on his best behaviour.

As well as her work as a royal, Kate isn’t afraid to get involved in a few extra-circular activities of her own.

She has an eye for photography, often releasing photos of her children she has taken herself.

In May this year, she took her passion one step further by announcing her own photo project named Hold Still with the National Portrait Gallery.

Speaking about the lockdown-inspired project on This Morning, Kate said: “We’ve all been struck by some of the incredible images we’ve seen.”

It’s not often Kate is seen breaking royal protocol – and the Queen is certainly a fan!

A source previously told Vanity Fair: “The Queen is a fan. Kate is unflappable.

“Her mantra is very like the Queen’s keep calm and carry on approach in life, and she has the added benefit of making the Royal Family seem almost normal and in touch.”

Like most of us, Kate is a family girl at heart.

Not only does she share a close bond with her mum Carole and dad Michael, but she still holidays with the rest of the Middleton clan.

And it’s pretty clear she has also been welcomed into the Royal Family with open arms.

8. Always up for a giggle

Unlike some royals, the Duchess is always smiling and laughing in pictures.

Her fun-loving personality took centre stage when she teamed up with Mary Berry for a Christmas baking special on the BBC last year.

The Duchess of Cambridge delighted viewers with just how down-to-earth she came across, as she rolled her sleeves up and followed Mary in the kitchen.

And let’s not forget just how well the Duchess took it when Mary asked if she’d like “a squirt on a cake”. Priceless!