Viewers have a new favourite royal — the Duchess of Cornwall — following a BBC documentary about the Prince of Wales.

A TV crew followed Camilla and Charles over 12 months as the heir to the throne approaches a landmark birthday.

Camilla was praised for her wry sense of humour on BBC1's Prince, Son & Heir — Charles at 70, and fans loved her "40-a-day" husky voice, even though she quit smoking 20 years ago. Charles and Camilla on a royal engagement (Credit: BBC)

The duchess shared her thoughts on her husband becoming King and told how he still gets down on hands and knees to crawl around with his eight grandchildren.

He reads Harry Potter and he can do all the different voices.

He also reads them Harry Potter and "does all the different voices", she said. 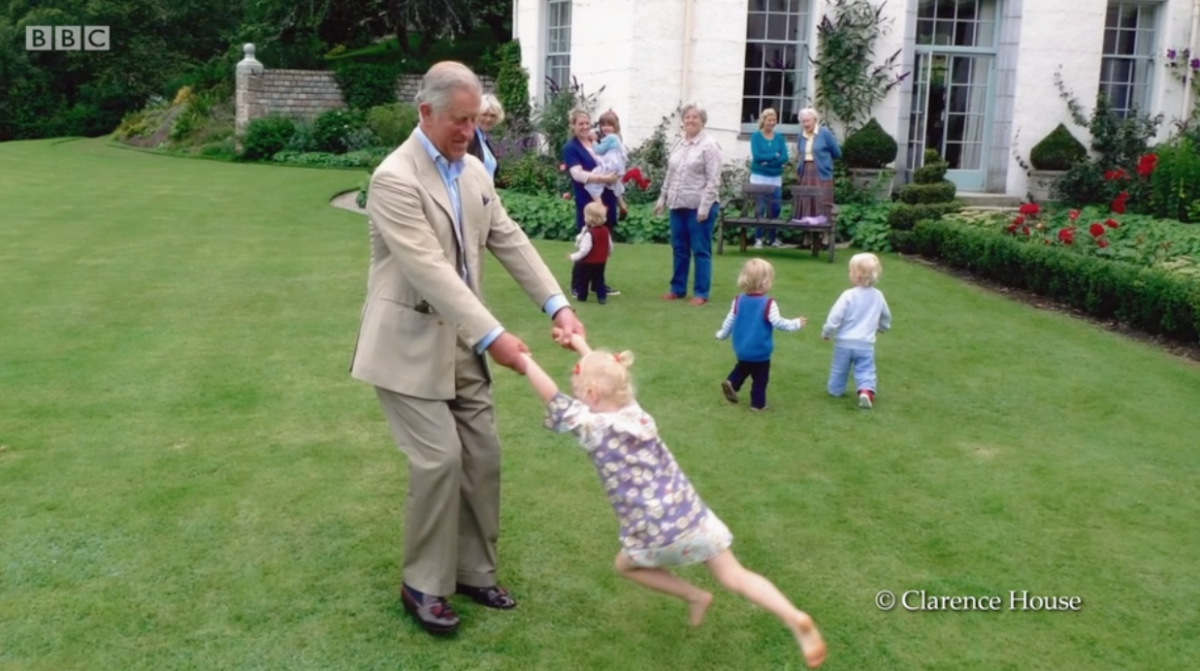 The prince is adored by his grandchildren (Credit: BBC/Clarence House)

Viewers took to Twitter to lavish praise on Camilla, with one saying the couple should go on Gogglebox and another pleading with the prince to release an audiobook of Harry Potter and the Philosopher's Stone.

One posted: "I bet Charles and Camilla throw good parties."

Another wrote: "I think Camilla is awesome and life is about being happy!" 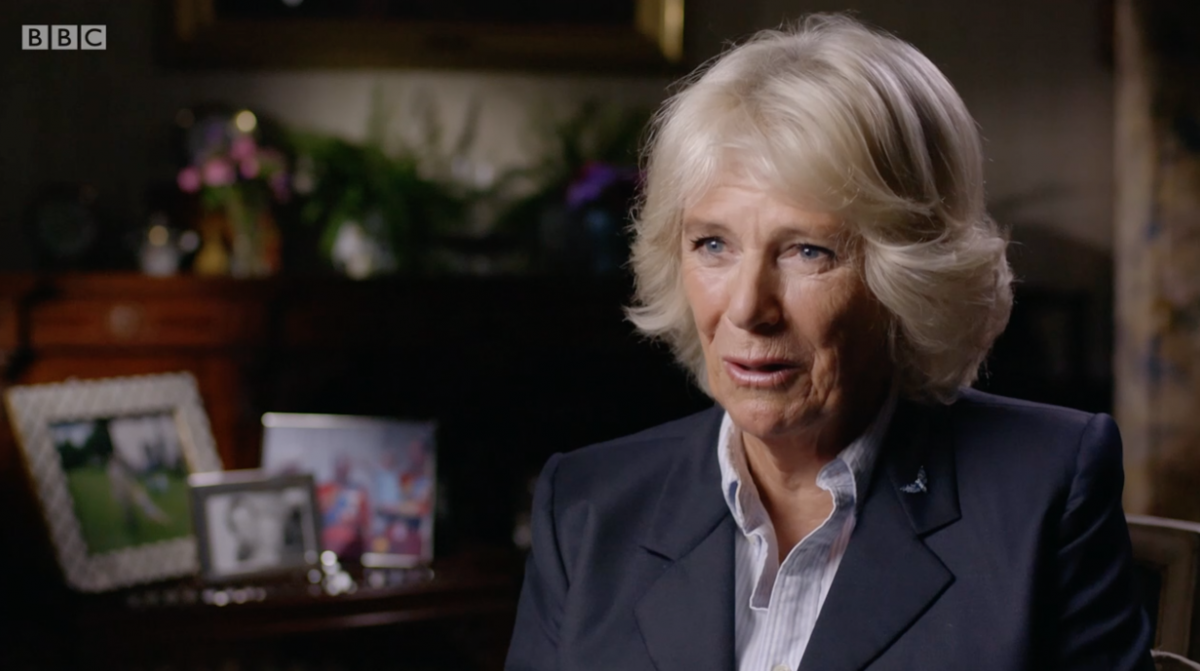 Since Camilla said #PrinceCharles likes to read #HarryPotter books and does the voices, then can he do an audio book of him reading the first book please #PrinceSonAndHeir

#PrinceSonAndHeir #PrinceCharles As a lady of a certain age who was 12 when charles & di married; it was everything that a young girl dreamed of but I do think that now everyone needs to move on from that. I think Camilla is awesome and life is about being happy!

Camilla telling Charles off and to listen to the kids singing is the highlight so far. Typical wife! #PrinceSonAndHeir

Charles and Camilla would be amazing on Gogglebox #PrinceSonAndHeir

You just know Camilla is on 40 a day. At least #PrinceSonAndHeir #CharlesAt70

Camilla is just the best. #PrinceSonAndHeir

Charles and Camilla are so funny together - have they been on the gin??? #PrinceSonAndHeir

Speaking about her husband's close bond with his grandkids, the duchess said: "He will get down on his knees and crawl about with them for hours, making funny noises and laughing, and my grandchildren adore him, absolutely adore him.

"He reads Harry Potter and he can do all the different voices, and I think children really appreciate that." 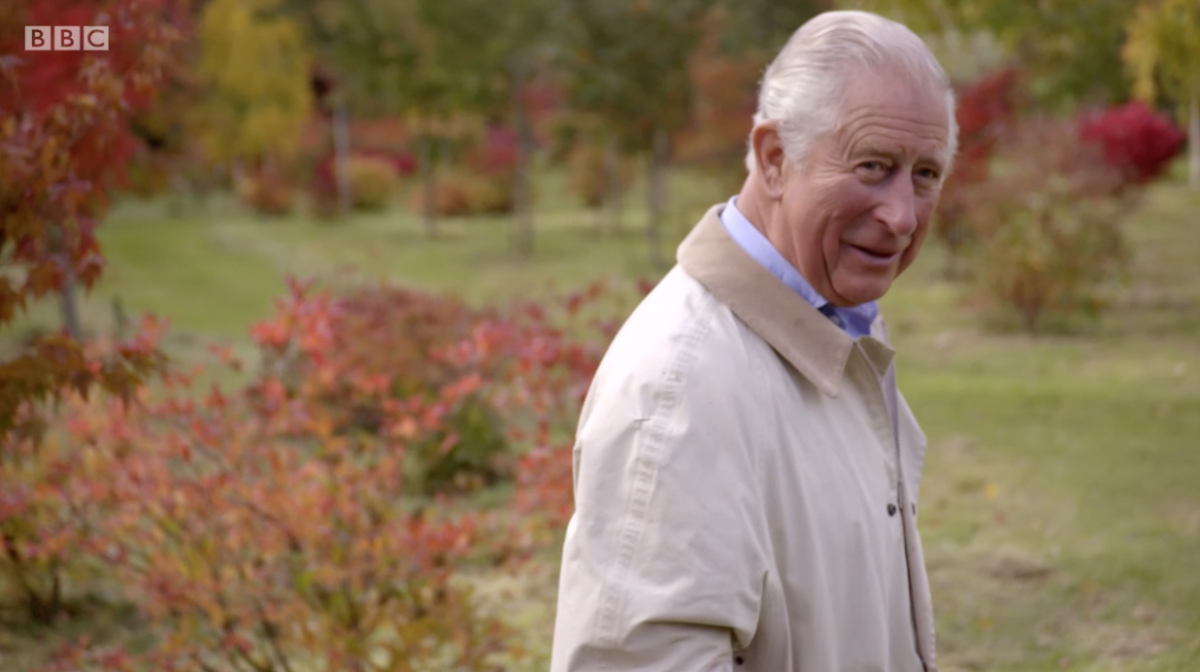 The Prince of Wales relaxes in his grounds (Credit: BBC)

Asked whether Charles thinks about becoming King, Camilla said: "No I don't. I think his destiny will come, he's always known it's going to come and I don't think it does weigh on his shoulders at all. It's just something that's going to happen."

Royals from across Europe will gather for a banquet at Buckingham Palace next week to mark the prince's 70th birthday.

Would you like to see Charles and Camilla on Gogglebox?! Leave us a comment on our Facebook page @EntertainmentDailyFix and let us know what you think!