Former TOWIE stars Sam and Billie Faiers have split opinion among their fans after taking a horse and carriage ride in New York City.

Sam, 29, and Billie, 30, are currently holidaying in the Big Apple with their mum Suzanne, 50, and headed to Central Park for the short excursion.

Sharing a snap on Instagram, Billie told her followers: "Tourists for the day 🇺🇸❤️ (3 old ladies with our blanket over us 😂) #newyorkgram."

But the photograph hasn't gone down well with all of their fans.

There are dozens of petitions online to ban horse drawn carriages in New York, as animal lovers believe it is cruel.

Animal rights group PETA even states on its website: "Forcing horses to pull heavy carriages in general is abuse."

Commenting on Billie's snap, one follower said: "I love you guys. But I don't like the fact you went for the horse and carriage."

𝒮𝓉𝒶𝓇𝓉 𝓈𝓅𝓇𝑒𝒶𝒹𝒾𝓃𝑔 𝓉𝒽𝑒 𝓃𝑒𝓌𝓈 ... 𝓌𝑒’𝓇𝑒 𝓁𝑒𝒶𝓋𝒾𝓃𝑔 𝐹𝓇𝒾𝒹𝒶𝓎𝓎𝓎𝓎𝓎𝓎𝓎 🇺🇸 ... The best birthday surprise everrrrrr @samanthafaiers @suziewells_ 🙀❤️ (the face says it all) With just 24 hours to pack and prepare myself for a trip of a lifetime .. NYC #thethreemusketeers are coming !!! I feel like the luckiest girl in the world ☺️❤️ I truly had the best day celebrating turning 30 with my wonderful family and friends, I love you all so much ❤️ #chapter30

A third said: "With the huge movement at present to ban horse carriage rides due to animal cruelty, hugely shocked that you're promoting and posting a picture to Instagram."

Not all the comments were negative, however.

One of Billie's followers gushed: "Carriage ride looks good 💖" Another said: "How it SHOULD be done."

Throwing her support behind Billie, Sam and Suzie, one even said: "You girls can not win just been reading some of the comments blows me away.

"The horse will be well looked after and getting daily exercise I don't get these people I think they just like been rude."

The mother-daughter trio flew out to New York last week as a surprise for Billie's 30th birthday.

But the girls were barely out of the country when they reportedly came under fire during their British Airways flight.

After touching down in the US, Billie wrote on Instagram: "I would like to say a huge thank you to some of the staff @British_Airways at the airport...

"However... Since being on the plane someone has complained because me, my mum, and sister have been laughing. Yes, laughing - how dare we, on our way to New York.

That’s what happens when you brunch in NYC #BRUNCHAF #lavobrunch

"Anyhow, that fun sucker [BA staff] from @British_Airways told us to 'keep the noise down'... Please honey, are we not even allowed to laugh these days?"

ED! approached representatives for both Sam and Billie for comment. 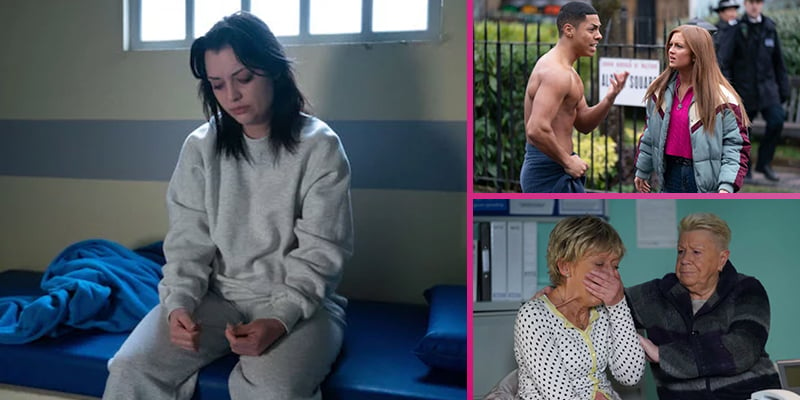