Former Made In Chelsea star and new dad Spencer Matthews is celebrating one year sober.

The TV personality, 30, took to social media to share the milestone with his 731,000 followers as he heaped praise on wife Vogue Williams.

Alongside a picture of the two of them, Spencer wrote: "One year sober yesterday and what a difference it's made my life. Vogue Williams you are a dream."

One year sober yesterday and what a difference it's made my life. Vogue Williams you are a dream.

One year sober yesterday and what a difference it’s made to my life... @voguewilliams you are a dream. Exciting things happening. Can’t wait to share. ❤️

His former Made In Chelsea co-star Hugo Taylor replied with clapping hand emojis, while one of his followers wrote, "Congrats - you look amazing."

The post also prompted fans to speculate that they could be having another child soon.

Back in January, the dad told followers he was no longer drinking and had been sober for seven months.

"Cannot begin to explain the difference in my life... 2018 for me was a complete game change and I now feel like the best version of myself. Happy, active, busy and focused," he wrote.

Spencer and Vogue met when they both appeared on Channel 4 show The Jump in early 2017 and he proposed in January 2018.

In September of the same year they welcomed son Theodore. 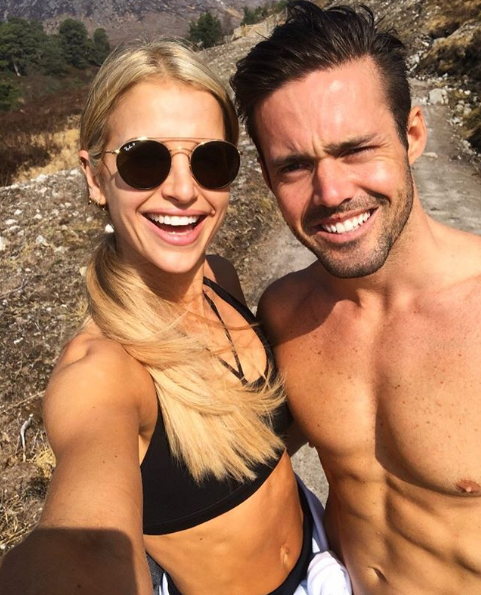 The pair revealed they're thinking about having a second child soon (Credit: Instagram)

Speaking to The Times just ahead of the tot's arrival, Spencer admitted it was time for him to switch up his lifestyle.

"I think you get bored. I've no interest in being the centre of attention that I used to love," he said.

"I want to set a better example for my unborn son, who is going to be with us soon. And my ideal night is spending it in with Vogue."

Irish model and DJ Vogue joked about her husband being 'exhausting' since he quit booze. 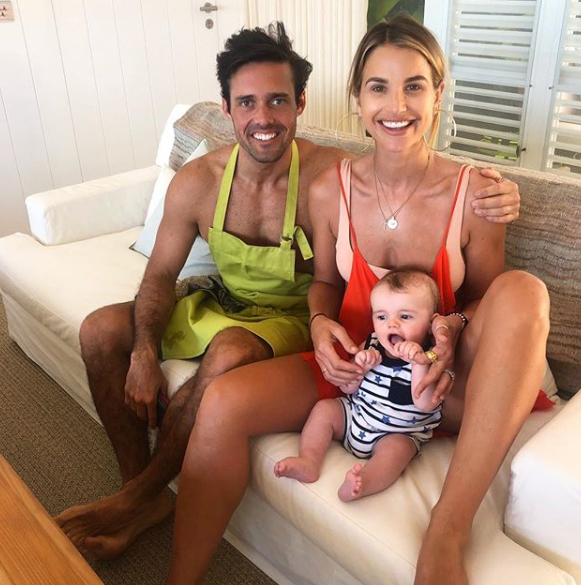 "The drinking used to dull him down a bit," she said. "So now he's just on hyper mode all the time."

The DJ also spoke about how she thinks he's "matured a little bit", adding to Fabulous magazine: "Taming Spencer wasn't anything to do with me. He grew up. What he was like in his younger years was probably what any boy his age was like.

"He was just televised and when I met him, he was out the other side of that. He had already grown up and was ready for a relationship.

"Ready for this kind of relationship."