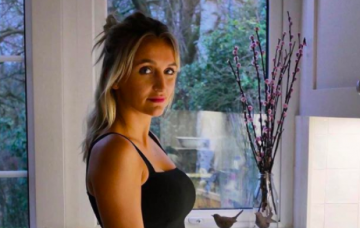 Well this could be interesting...

Made In Chelsea star, Tiffany Watson is following in her big sister Lucy’s footsteps, by quietly leaving the reality show without fanfare.

According to Mail Online, the reality star has moved on to other projects and wasn’t making a big announcement about her exit.

The insider said: “She’s just not going to be on the new series when it returns.”

But there may be hope of a return at some point for the star, as a spokesperson insisted it was “a break” and that “it’s never goodbye in Chelsea”.

The rep said: “Tiff has taken a break for now to concentrate on a number of exciting projects including TV as well as the opening of her vegan restaurant with her sister and her lifestyle/stationary business 365 which she launched a few months ago.

“She also has a number of trips coming up for work and leisure as well as her best friend’s wedding where she is her maid of honour so it’s a busy few months and seemed the right time to step back and work on all the exciting things she has coming up and give them her all.

“Whilst she’s yet to film in series 15, it’s never goodbye in Chelsea.”

The 24-year-old joined the show in 2012, after her sister Lucy became a fan favourite. Lucy left, along with boyfriend James Dunmore, in 2016 but Tiff remained.

They’ve stayed close though, and earlier this week, Tiff posted a sweet throwback pic to celebrate her sister’s birthday.

On the show, Tiffany dated co-star Sam Thompson for three years before they finally ended things for good last year.

Since then, he’s gone on to appear on Celebrity Big Brother and is now on Celebs Go Dating, alongside the reality star likes of Gemma Collins and Ollie Locke.

Tiff is yet to comment publicly herself, but it’s clear she’s a busy lady right now.

As well as posting about her role as a health food ambassador, she’s the new columnist for Healthy magazine.

She also posted a video on InstaStories revealing that she’s just moved house, writing across the clip: “New home.”

But the good news is that the E4 show is set to welcome a new addition to the glamorous show – in the form of I’m A Celebrity… Get Me Out Of Here! star, Stanley Johnson.

Politician Boris Johnson’s dad has become close friends with Georgia ‘Toff’ Toffolo, after they appeared in the Australian jungle together last year.

The pair were recently seen arriving at Piccadilly Circus together with a camera crew.

The Daily Star reports that Georgia, 23, confirmed the news on Wednesday night, at the Warner Music party after the Brit Awards.

A show rep confirmed to Digital Spy that Stanley will make an appearance in Made In Chelsea, but it’s unclear whether it’s just a cameo or a lengthier stint.

Will you miss Tiff on the show? Leave us a comment on our Facebook page @EntertainmentDailyFix and let us know what you think!