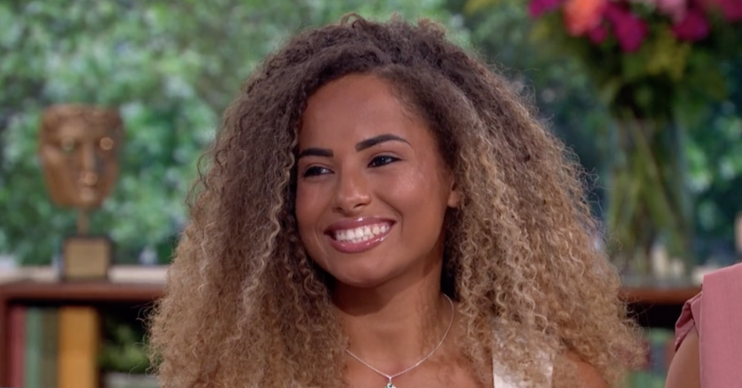 But will her relationship survive the show's curse?

Fresh from being crowned the winner of Love Island 2019, Amber Gill has reportedly landed herself another big TV gig.

Following in the footsteps of former Love Island stars Wes Nelson and Kim Cetinay, Amber is said to have signed up to appear in this winter’s Dancing On Ice.

And it’s a decision the casting team are “delighted” about, The Sun reports.

A source revealed: “Love Island contestants always do really well on the series as they’re still fresh in everyone’s minds.”

They added: “Amber is a stunning girl and they know she’ll look fabulous in all the sequinned costumes. She has a gutsy personality, too, so will make excellent viewing.”

However, whether her relationship with hunky Irish man Greg O’Shea survives the Dancing On Ice curse remains to be seen.

Dinner with my ❤️

The pair coupled up less than two weeks before the end of the show and were crowned winners.

They’re now embarking on a long-term romance, with Amber living in Newcastle and Greg returning to Dublin.

Read more: Duchess Kate shows off her tan as she goes head-to-head with William at sailing race

Speaking on This Morning, Amber revealed: “I don’t think it’s going to be easy, but you just put that effort in. If you want to make it work, you make it work.”

Asked if the pair were in love, she giggled and replied: “I couldn’t possibly say.”

Only time will tell if Amber and Greg’s fledgling relationship will survive the skating show’s so-called curse, which has hit previous Love Island stars.

Signing up to Dancing On Ice last year signalled the end of Love Island star Wes Nelson’s relationship with his girlfriend Megan Barton-Hanson.

She reportedly dumped Wes after her got close to his skating partner Vanessa Bauer.

What do you think of Amber signing up to the show? Will her relationship survive? Tell us on our Facebook page @EntertainmentDailyFix!