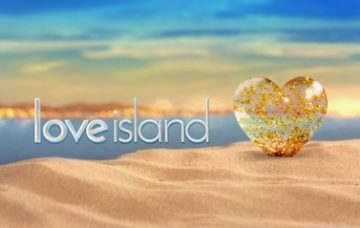 Ofcom has received almost 800 complaints about Love Island over the past few days.

Almost 500 viewers have complained to the TV watchdog after Maura Higgins straddled Tommy Fury and tried to kiss him.

Meanwhile, over 300 people weren’t happy over the treatment of surfer Lucie Donlan.

As well as viewers, Piers Morgan has slammed Maura’s behaviour.

The scenes saw Maura straddling Tommy, 20, while he was lounging on the sofa.

As Maura tried to plant a kiss on boxer Tommy, he said no and swerved the smooch.

At the weekend, Lucie was seen breaking down in tears as her partner Joe Garratt said he isn’t happy that she’s been hanging out with Tommy and the other boys in the villa and advised her to “maybe get closer to the girls”.

A spokesperson for Ofcom said: “We will assess these complaints against our broadcasting rules, but are yet to decide whether or not to investigate.”

The presenter said: “What part of ‘no’ means no? What part did he not communicate there, it’s clear premeditated assault, she needs to be dragged out of there and arrested. That’s the new rule isn’t it?

“She’s known as Maura the predator. If this was a bloke she’d be out of there, arrested, career ruined. She’s still in there.  Tommy looked like a victim.”

However, he backtracked on his comments later on the show, saying: “It was actually a bit of harmless flirtation. Obviously nobody in there is a victim, so all these people harping on about nothing.”

Meanwhile, viewers have been taking to Twitter to express their concern over how Joe has been treating Lucie in the villa.

On Sunday night’s episode, Joe told Lucie: “I think you’re very close with the boys individually, but now I think it’s time to get closer with the girls.”

Lucie then broke down in tears and said: “Everyone here just doesn’t get me,” to which Joe said: “I get you. You know I have your back in here.”

Speaking in the Beach Hut, Joe said: “I do really care for her but there are these seeds of doubt. I just need her to get where I’m coming from and hopefully adapt to the situation.”

Former Celebs Go Dating star Nadia Essex wrote on Twitter last night: “‘I hope today is the day she woke up and she will change’ The words of dread from Joe after just 2 weeks of a relationship.

“Last night he said ‘I can’t change you and don’t want to change you Lucie’ We all knew that was a lie. Lucie is too good for Love Island.”

The words of dread from Joe after just 2 weeks of a relationship. Last night he said ‘I can’t change you and don’t want to change you Lucie’
We all knew that was a lie.

Lucie is too good for Love Island. #loveisland

Ent Daily has contacted Love Island and Ofcom for comment on this story.