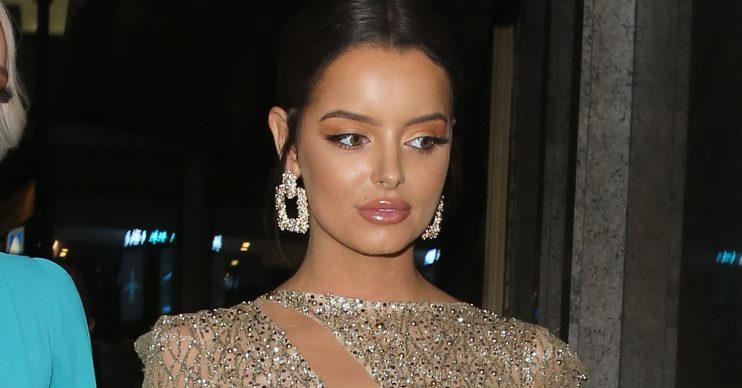 Before she hooked up with Curtis

Maura Higgins has opened up about storming out of the Love Island villa in dramatic scenes that never made it to TV.

The Irish beauty, 28, revealed she “cried so many times” and had “a lot of bad moments” during her time on the hit ITV2 reality show.

Speaking on Get The Scoop podcast, Maura said some of her worst moments on Love Island were the times she missed out on her sister’s wedding day and her niece’s birthday.

She said on the podcast, as reported by the Star: “It was also my best friend’s two-year anniversary while I was away. I cried so many times.

Speaking further, Maura said she’s “so proud” of herself for not giving up on the search for love – because at one point she came very close to quitting altogether.

She explained: “I actually stormed out of the villa and said, ‘I want to go home, I can’t do it anymore, I can’t find a man’.

Thankfully for fans of the show, she stayed on and eventually found romance with fellow islander Curtis Pritchard, 23.

They finished in fourth place and appear happy together in snaps shared on their Instagram accounts in the weeks since series five ended. But earlier this month, Love Island fans thought they had spotted proof the relationship was all for show.

The model and former ring girl was at the the launch of her clothing line with fashion site Boohoo alongside Curtis, and the pair shared a peck and smiled for the cameras.

Both posted about the event on Instagram, with Curtis telling followers he is “so proud” of his “stunning” girlfriend.

But some fans were unable to accept that Maura and Curtis might be a genuine couple – and claimed the way they kiss is an indication their relationship is ‘fake’.

Amazing night with @maurahiggins … I’m so proud for everything she has achieved. Isn’t she just stunning ??? ❤️

Rumour had it that they had split up like many of their fellow Love Island 2019 stars.

But they appeared loved up at the launch night of Strictly Come Dancing, putting rumours of a break-up firmly to bed.