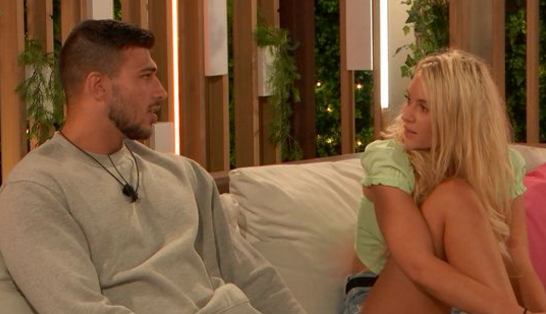 She will "never say never"

Lucie Donlan may have been voted off Love Island last night, but she’s confessed that she’d still be up for dating Tommy Fury one day.

The professional boxer, 2o, is currently loved-up with influencer Molly-Mae Hague on the ITV2 show.

However, surfer Lucie, 21 – who’s been open about her feelings for the hunk on more than one occasion – is adamant that she’ll “never say never” about them getting together in the future.

Speaking after she and George Rains were kicked out of the villa in last night’s episode, Lucie said: “Me and Tommy will always be best friends.

“I think a lot of girls think it’s odd but I can turn things on and off really easily.

“You’ll always have a love for a best friend, whether it’s a boy or a girl, but at times it can mean different things.

“I want to see how things go with him and Molly-Mae. I can see he really likes her. I’m happy for them.

“I feel like we’ll see what happens on the outside and how those guys will go, but never say never.

“If we did come to that romantic stage in a few years and me and Tommy were still friends, you never know.”

And although she’s “gutted” that things didn’t work out between her and Tommy, Lucie would jump at the chance to go back into the villa and “have fun” with everyone.

She explained: “I would definitely want to go back into the villa! I was loving it. After Casa Amor, I got to know George and that didn’t go how I thought it would – and then I realised I liked Tommy.

“Although I liked him romantically, he was my best friend, so it was nice to see your best friend so happy.

“At the same time, I was a bit gutted. I would love to go back in and just have fun with everyone.”

Following the dumping last night, producers have chucked two new people – Francesca Allen and Chris Taylor – into the villa to shake things up.