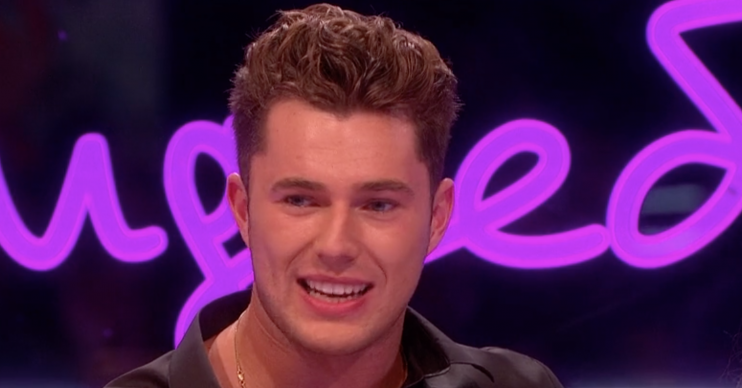 Star wants his six-pack back!

After fans were slammed by ITV bosses for commenting on his weight, Love Island star Curtis Pritchard has revealed that he gained two stone during his time in the villa.

Ballroom dancer Curtis finished fourth in the show alongside grid girl Maura Higgins, with some speculating that the pair will be “first to split”.

Curtis now says he’s hoping his Strictly Come Dancing star brother AJ will help him get back into shape.

Speaking to The Sun, Curtis revealed: “I gained around two stone. I enjoyed myself in the villa and I didn’t exercise a lot.”

He added that he hoped to start “training again soon” and said: “I find it good, physically and mentally. I need to sort my diet out, that’s the main thing.”

Opening up about his stay in the villa, Curtis said: “You can work out, but if you don’t have a meal plan with a decent diet you’ve got no chance. Hopefully AJ will give me some tips on getting a six-pack back.”

As a ballroom dancer, Curtis usually spends hours each day on the dance floor, but eight weeks of inactivity took its toll on his usually honed physique.

Read more: Paul Hollywood breaks his silence on his split from girlfriend Summer

Curtis’s comments about his weight gain after Love Island bosses blasted the show’s fans for “body-shaming” the star.

They called the abuse “hurtful”.

A rep for the show told the Mirror: “It is incredibly irresponsible that any islander would be body shamed in this way and we would always discourage anyone from making appearance-based comments that could be hurtful to the islanders and their families.”

They added: “It is astonishing that there have been calls for body diversity yet an islander who has allegedly put on weight is now being trolled because of it.”

Still can’t believe we are out of the villa! Loving this journey with @maurahiggins and being in Ireland to meet her family and friends! Who’s excited for aftersun this Sunday? #loveisland

The Daily Star reported that Curtis had asked bosses for a new wardrobe after growing out of the clothes he took in with him.

A source said at the time: “Curtis normally burns off a lot of calories because he’s a professional dancer, but obviously in the villa he’s not been training.”

The news comes as Curtis revealed he is open to dating a man and doesn’t like to “put a label” on his sexuality.