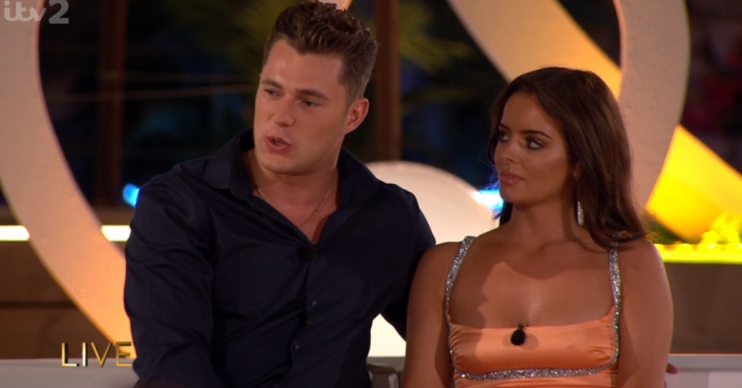 He had rejected her advances in the villa

Love Island’s Curtis Pritchard and Maura Higgins have revealed why they didn’t get intimate in the villa.

The pair, who finished in fourth place, admitted they were concerned about “keeping people awake”.

During their time in the villa, Maura was seen trying to get frisky with Curtis – a scene that sparked Ofcom complaints – but he rejected her advances, saying he was too tired.

Read more: Love Island’s Curtis and Maura ‘will be first to split’ after finishing fourth place

She told The Sun: “I think it was more about keeping people awake! Curtis knows how loud I am!”

Despite now being out of the villa, Maura has said she and Curtis have not yet done the deed.

She added: “We have actually not had a chance to do anything yet! Let’s just say, I am sure we will get it done!”

It comes after Ofcom received 32 complaints from viewers regarding Maura’s behaviour towards Curtis in bed.

In July 25’s episode of the reality show, viewers saw the islanders get very steamy under the sheets – including Molly-Mae Hague and Tommy Fury, who appeared to get very intimate.

But over in Curtis and Maura’s bed, things weren’t going as smoothly after Curtis admitted he was too tired to get it on.

Maura was seen straddling the dancer and kissing him.

Curtis reiterated: “Tonight is not the night.”

Maura the sighed and moved over to her side of the bed.

She asked Curtis: “Why are you angry with me?” and the dancer said: “I’m not angry with you. I’m just… I’m tired.”