During last night's (21.01.20) episode of the popular ITV2 reality show, Islander Connagh was told that Sophie, with whom he is currently coupled up, had shared a cheeky smooch with another boy in the villa. 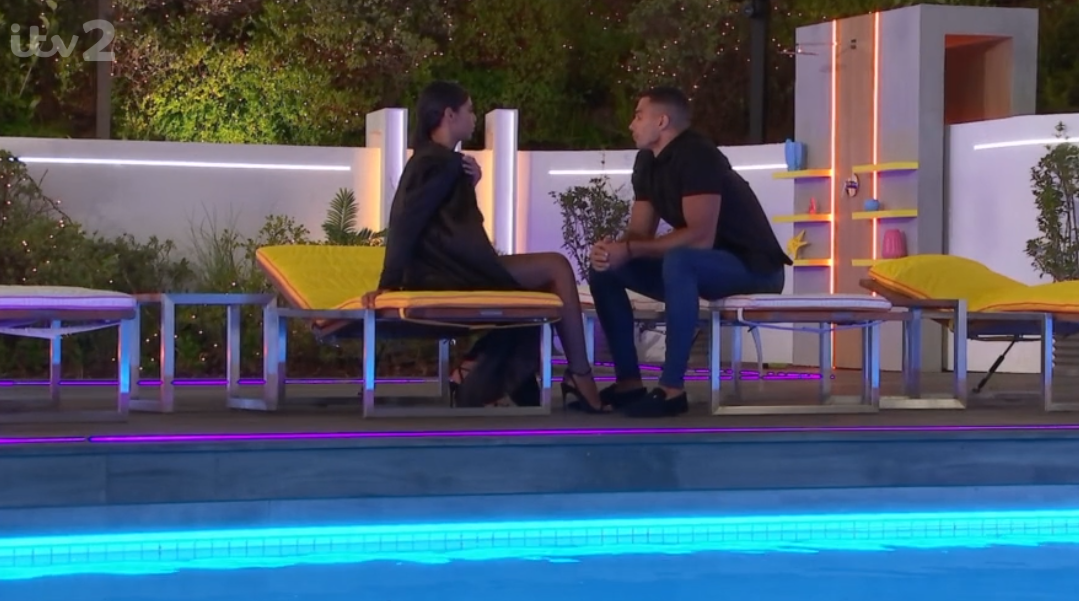 Connagh pulled her for a chat (Credit: ITV)

Sophie had kissed Connor, but when asked about it by Connagh she initially denied the kiss happened.

"You had a kiss with him last night, didn't you?" Connagh asked, having pulled her for a poolside chat.

"No, I had a kiss with him in the [dancing] challenge," Sophie insisted. 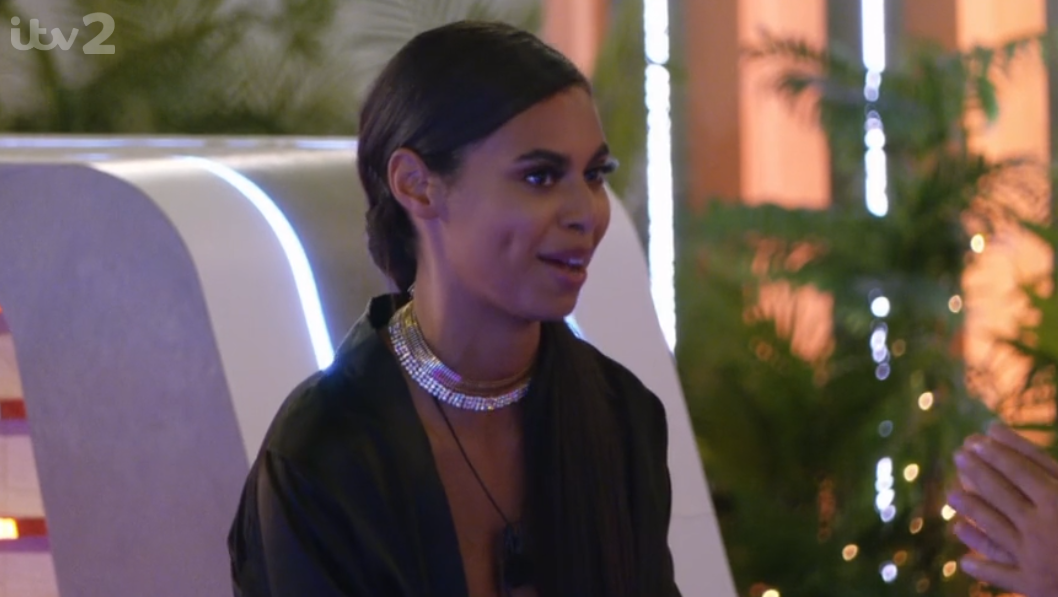 "Someone told me..." Connagh pressed her. "So it was just in the challenge?"

Still not owning up, Sophie explained: "Well, he did give me a peck afterwards, but I wouldn't count it as a kiss."

But Connagh wasn't convinced, and he continued: "Was it part of the challenge or did you just sneak off to have a kiss?" 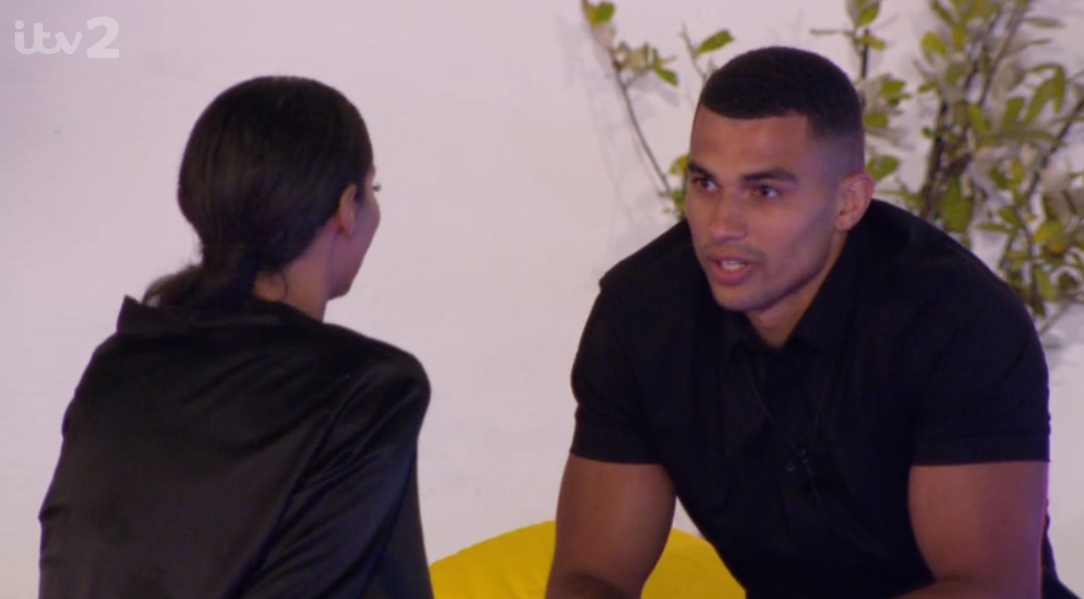 Connagh knew the truth and wanted to hear it from Sophie (Credit: ITV)

"No we didn't sneak off... it wasn't sneaky," Sophie told him, and deciding to come clean, added: "We had a kiss in the challenge and then we had a kiss after we spoke, when he got back from his date."

Having owned up, Sophie apologised to Connagh. Laughing about it afterwards in the beach hut, she giggled: "I don't know why the hell I decided to say, 'No I didn't' when we did." 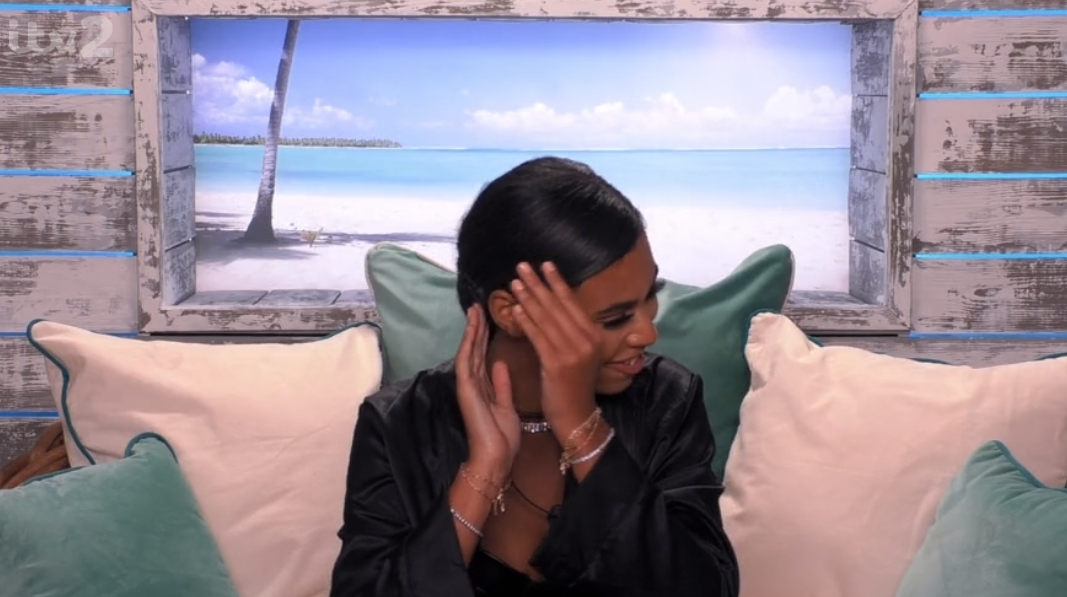 She felt awkward about the exchange afterwards (Credit: ITV)

Reacting on Twitter, one viewer wrote: "I don't get the appeal of Sophie, she's a right snake #LoveIsland."

Another said: "Ooooo Sophie! Got caught out there with your lies didn't you! #Snake #TrueColours #LoveIsland."

I'm not falling for the 'innocent, awkward' laugh and grin.

A third tweeted: "Can't stand Sophie. The way she talks... she is playing games and is a bit of a snake #LoveIsland2020 #LoveIsland."

A fifth wrote: "I'm not buying into Sophie. I'm not falling for the 'innocent, awkward' laugh and grin. She's a snake #LoveIsland #teamConnaghwithaG."

Ooooo Sophie! Got caught out there with your lies didnt you! #Snake #TrueColours #LoveIsland

Can't stand Sophie. The way she talks.....🙄
She is playing games and is abit of a snake 🐍#LoveIsland2020 #LoveIsland

I'm not buying into Sophie. I'm not falling for the 'innocent, awkward' laugh and grin. She's a snake 🐍 #LoveIsland #teamConnaghwithaG

Elsewhere on Tuesday's episode, newcomer Rebecca went on dates with Callum and Connor before stepping into the villa to meet the others.

The Islanders were keen to hear who she's after - and viewers already know she fancies Callum, Connagh and Mike - but the Geordie stunner is keeping her cards close to her chest.