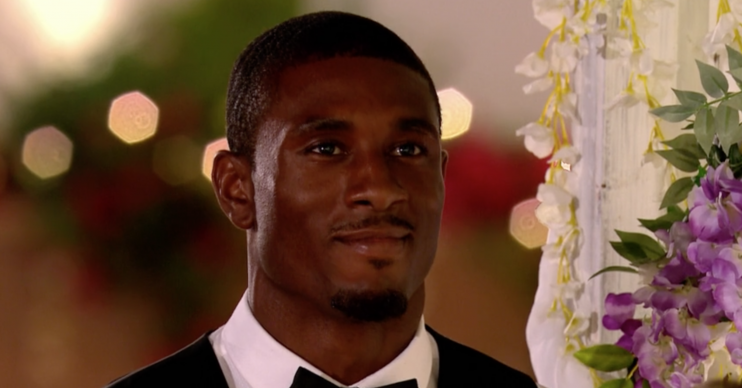 He's slam-dunked his way into our hearts!

Viewers of Love Island are calling for finalist Ovie Soko to have his own TV show.

He became one of this season’s stand-out stars thanks to his text “message” catchphrase, his towering good looks, love of hats and the fact that he proved chivalry isn’t dead.

In fact, viewers seem to be in mourning over the fact they’ll no longer have a 9pm date with him every evening.

So much so that they’re calling for the star to have his own TV show. And we have to admit, we’d most definitely tune in!

SOMEBODY GIVE OVIE HIS OWN TV SHOW!!!!

Others went so far as to “beg” TV bosses to give the star his own show.

One Twitter user said: “Give him his own cooking show where he can model his hats at the same time or something, I’m begging you.”

I can’t cope with not seeing Ovie on my TV screen every night at 9, someone just give him his own show already #LoveIsland #LoveIslandFinal pic.twitter.com/xFndqCigjR

Others commented that Ovie had “made” this year’s Love Island and commented that he deserves everything that comes his way as a result of the exposure.

So proud of Ovie man! He really made this years #LoveIsland

He deserves every amazing opportunity, every brand deal, his own show, the lot!

Fans also gushed over his brotherly love for Amber, and called for Ovie and Amber’s dad to be reunited on screen.

The couple I would like to win are Ovie and Ambers dad. #LoveIsIand please make this happen and also can they have their own show please. Thank you!

Some commented that if Ovie had been in a friendship pairing with Amber till the end, they would’ve scooped the £50k prize.

Watching ovie on love island has been amazing and I’m so upset he didn’t pair up wth amber and they both get the 50k🥺 pic.twitter.com/bOQRuHDgNU

Yes, Ovie is certainly in demand, with UK chat show host Mo Gilligan of The Lateish Show keen to book the star for next week’s show.

Me wondering how I’m going to get Ovie on @TheLateishShow for next Tuesdays record #LoveIsland pic.twitter.com/NOtimadljk

Others predicted a winner’s welcome home to Heathrow and stated that India was a winner simply because she had bagged Ovie.

Some also thanked Anna for brining Ovie back from Casa Amor, saying without her, they wouldn’t have had Ovie in their lives for the past month.

Anna did gods work by bringing ovie into the villa #loveisland

Would you watch Ovie’s TV show? Head over to our Facebook page @EntertainmentDailyFix and let us know!