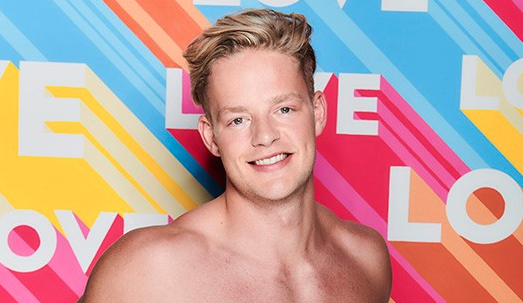 Love Island star Ollie Williams left the hit ITV2 series after just three days, claiming that he was still in love with his former girlfriend.

However, rumours soon circulated that the 23-year-old viscount-in-waiting had actually exited the show after press revealed that he had been involved in various big game hunts.

The land owner had shared various snaps of himself next to dead wild African animals, including a water buffalo, on Instagram, and also was exposed at trying to sell a stuffed buffalo head on eBay for £8,000 (which he has denied).

These discoveries provoked almost 500 complaints to Ofcom and his Love Island exit appeared to tie in with the furore.

But now he is hitting back, and in a new interview claims that ITV vilified him.

Speaking to The Sun he said that the show “stitched me up” and that it was edited to deliberately make him look bad.

He also said that the games on the show were designed to mislead.

He explained: “I was absolutely vilified in one game where it was claimed I cheated on an ex nine times.

“I just thought, ‘This is ridiculous as I was coming across as a bell end.’ I don’t know where they got that from, it’s not true.”

His family has since hired private security to protect their estate following “death threats” from animal rights activists.

Ollie insists that he is not a trophy hunter, and had those pictures taken while on a conservation trip in Mozambique.

The short-lived reality star claimed: “One of the days one of the guys turned round to me and told me that another side to poaching is the sustainable hunting side and invited me to observe.

“I knew the negativity was about these pictures, because taken out of context they look bad. I’m not a trophy hunter and I don’t take gratification from killing animals.”

He has since rekindled his romance with his ex Laura Nofer and even said he intends to marry her.

Speaking to The Sun Online he said:”I now realise that Laura is the girl I want to marry. I’m so grateful she has taken me back.

“We’re going to move in together in London over the next few months.”

Do you think Ollie was unfairly portrayed on Love Island? Share your opinion with us on our Facebook page @EntertainmentDailyFix.