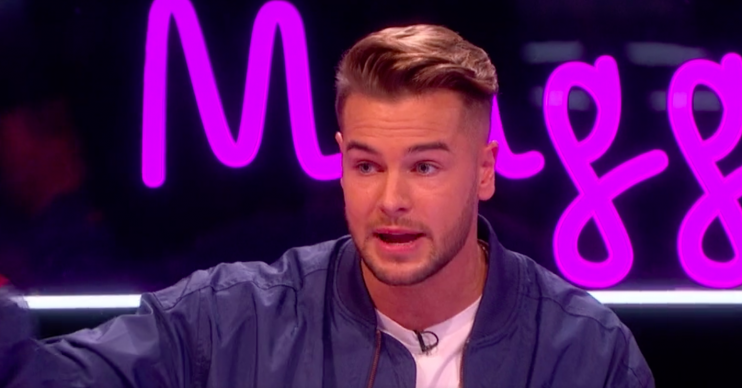 Tommy, 20, and Molly-Mae, 19, have been coupled up since she arrived at the villa in the second week, and are seen to be one of the viewers’ favourite couples to win the show.

On Friday night’s episode, viewers watched as Tommy confessed he is falling for Molly-Mae and that after being apart while she was in Casa Amor, his heart has grown fonder for her.

Tommy has put his heart on the line saying he only wants to be with her and she said she feels the same but ex-islander Chris doesn’t buy it.

Chris appeared on the Aftersun panel and said to Caroline Flack, “The fact that she [Molly-Mae] said ‘I could see myself falling in love with you’… doesn’t mean it’s going to happen”

Speaking from his own experience, when he appeared on the show in 2017, he added:

“When you’re chatting to someone… you’re sat there having an intimate chat, you got to get a bit feely and touching each other’s knee and show some affection and I just don’t see that.”

He claims he believes Tommy is being truthful about his feelings but that Molly-Mae isn’t completely there and may be playing a game.

Fans were quite divided when tweeting how they felt about Chris’s suggestions.

Some believe that the relationship is one-sided, saying Tommy is more into her than she is into him, and along with Chris think they aren’t going to last.

Totally agree with Chris. Someone said it. Tommy is into it way more than Molly Mae. I never thought she's genuine enough with him #LoveIslandAfterSun

unpopular opinion maybe…i don’t want tommy and molly mae to win…i like tommy but molly mae i still think there’s a game plan then somewhere. i like them both as people but they’re not my winners #loveisland

However many more fans are convinced they are the Love Island winners already, as one tweeted: “Give Tommy and Molly Mae the prize right now!!!!!”

Another said: “After all of this Tommy and Molly MAE as well take the £50k here and now.”

Why are some people doubting Molly Mae's feelings for Tommy? @chrishughes_22 at After sun. She's a slow burner and young -doesn't show her emotion as greatly as Tommy who wears his heart on his sleeve. Only see little bits. You can't fake it-she's100% real @LoveIsland #LoveIsland

So fans are clearly very divided over whether Molly Mae truly feels the same for Tommy as he does for her.

Tonight will see a shock dumping after viewers have been voting for their favourite couples. Will Tommy and Molly-Mae be safe?

Do you think they are for real? Leave us a comment on our Facebook page @EntertainmentDailyFix and let us know what you think.