Anna Vakili has been named the best kisser out of the Love Island females.

The islanders took part in a kissing competition on Friday’s (21.06.19) episode of the ITV2 reality show which saw the boys line up blindfolded while each girl takes their turn to kiss them.

I would like to know Danny better and I do feel like we have a connection so I do wanna carry on getting to know him.

And after the boys marked each kiss out of 10, it was 28-year-old pharmacist Anna that came out on top with the most points.

Second place went to 21-year-old surfer Lucie Donlan - who is currently single after her partner Joe Garratt was dumped from the villa during a public vote off earlier this week - and newcomer Arabella Chi, also 28, rounded off the top three.

Arabella put a serious spanner in the works during the kissing challenge 😱💋 #LoveIsland pic.twitter.com/zSbL8w91fu

Amy was left fuming when her partner Curtis Pritchard only rated her a seven out of 10, but gave Arabella a 10. 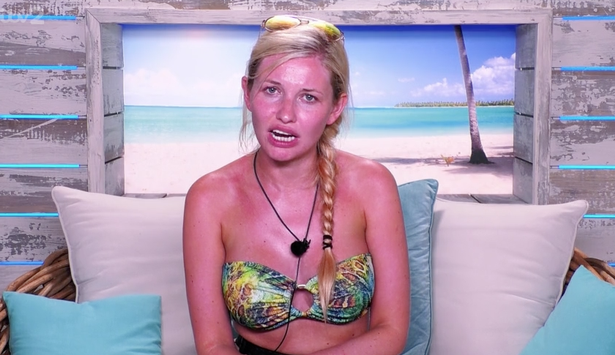 Both Anna and Arabella are also currently single, so the revelations about their kissing skills may just give the hunks something to think about when recoupling comes around.

Currently Anna has her eyes on male newcomer Jordan Hames, but is yet to officially couple up with him, and Arabella has been on dates with Danny Williams - who is coupled with Yewande Biala - and singleton Anton Danyluk since entering the villa on Thursday (20.06.19).

Elsewhere in the show, Arabella was seen chatting to Yewande about their shared interest in Danny, as she told the 23-year-old scientist she was keen on getting to know the hunk.

She told Yewande: "I would like to know Danny better and I do feel like we have a connection so I do wanna carry on getting to know him."

And Yewande seemed defensive when she answered: "I never said you couldn’t. That it? Cool, perfect."

Watching from a distance, Anton could sense the tension between the two girls as he said: "Oh that looked awkward."

Arabella and Yewande have officially smoothed things over... right? #LoveIsland